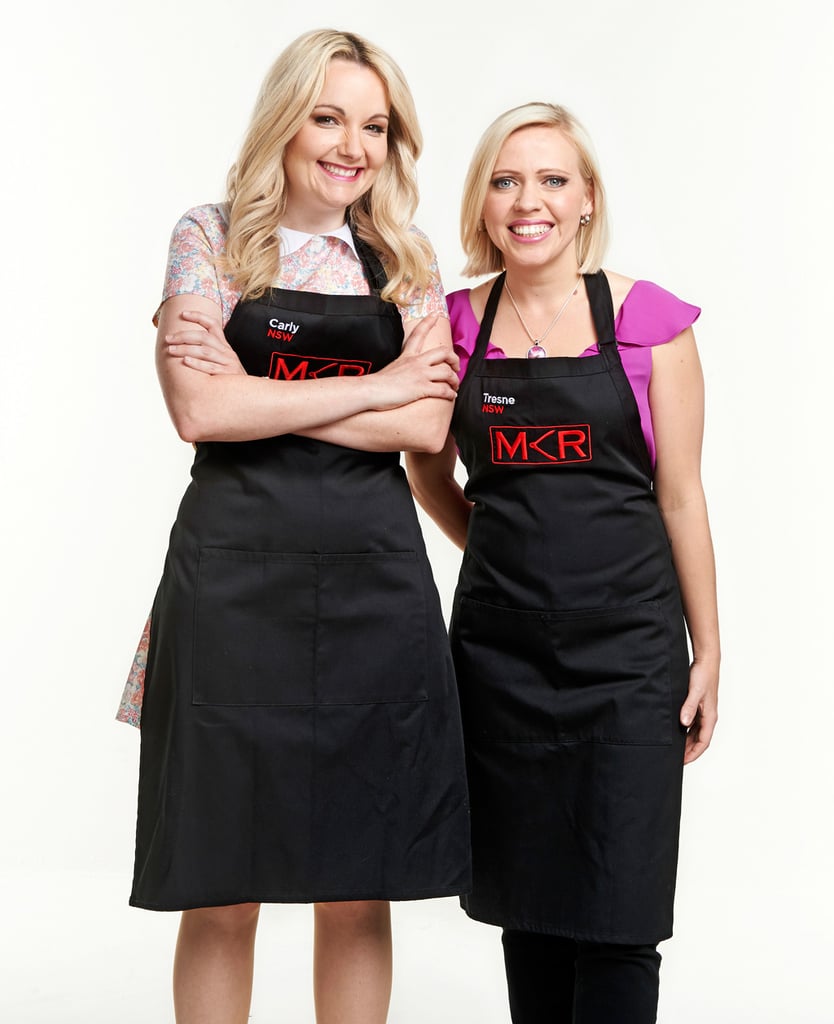 Carly and Tresne, the sweet, bubbly blonde Gatecrashers on this year’s series of My Kitchen Rules, are more than just friends. The girls, who have been promoted as friends and housemates on the show, are actually a couple of eight years. This information first slipped through in a Sunday Telegraph article two weekends ago, in which journalist Ros Reines wrote, “[Carly] Saunders and [Tresne] Middleton have been together since they met through mutual friends eight years ago.” The official website for My Kitchen Rules says, “Becoming friends eight years ago through their love of music festivals — the bubbly besties love travelling together and French food,” and it’s interesting that there’s no mention of the real nature of the girls’ relationship.

In fact, Carly and Trense are so committed to each other that they celebrated their love in a commitment ceremony in March 2012, and they’ve shared details and photos with the latest issue of New Idea magazine, on sale now. Carly, a school teacher, explains, “We had two different proposals at two different times. One was at a music festival a year after we met and the second while we were living in England. But basically we came home and had an engagement party, which turned into a surprise commitment ceremony.” She added, “We know same-sex marriage is not recognised in Australia, but we thought we should do it while we were still young and pretty.”

The decision to portray the girls as best friends instead of partners was actually Carly and Tresne’s, because according to Carly, “We wanted to go on the show as ourselves and have people judge us on our cooking and not our sexual preference.”

You can see the photos of Carly and Tresne’s commitment ceremony in New Idea.

TV
Where Are Studio McGee's Headquarters? Their Studio Is Close to Home
by Corinne Sullivan 26 minutes ago