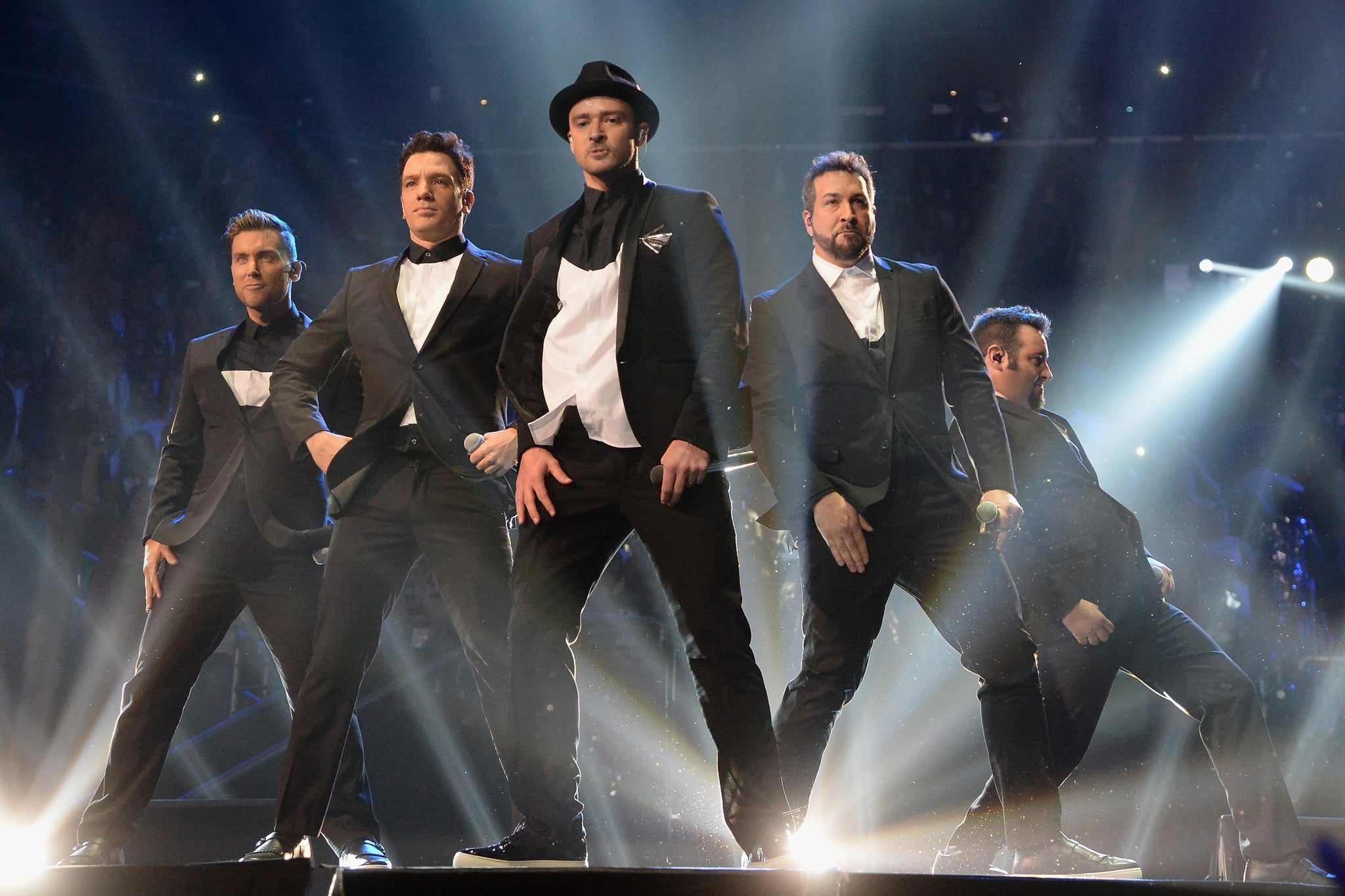 Don't freak out, but *NSYNC is reuniting in 2017. On Thursday, Lance Bass revealed to Entertainment Tonight that the group is getting together for two reasons this year, the first of which is a rerelease of their classic holiday album. "We are coming out with a really cool vinyl edition of our Christmas album," he said. "Because it's coming up on 20 years of that album." Additionally, they'll be getting together to receive a collective star on the Hollywood Walk of Fame. Bass confirmed that all five members (himself, Justin Timberlake, Chris Kirkpatrick, Joey Fatone, and JC Chasez) will all be there, they just have to figure out a date.

If you think that means new music or Backstreet Boys-style reunion tour, you may have to rethink. It was already pretty clear from the start that this was the case, but on Friday, the official *NSYNC Twitter dismissed any rumours of a grand affair. Even the Walk of Fame news and the Christmas album vinyl may not be 100 percent confirmed yet.

We always appreciate the love and excitement from our fans unfortunately Lance’s comments to the press were taken out of context. (1 of 2)

When there is real news from *NSYNC you will hear it from all of us. (2 of 2)

Sorry guys. But hey, it never hurts to keep hoping.