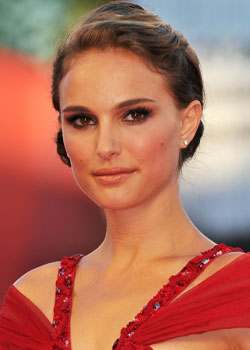 Natalie Portman's career is about to shoot off—into space. The actress has been offered the starring role in Gravity, a sci-fi flick that originally had Angelina Jolie attached. Scarlett Johansson and Blake Lively were both potential replacements, but Portman is the front-runner after early raves of her turn in Black Swan convinced the studio to reach out to her.

If Portman accepts, she'll star as a woman stranded on a space station after debris kills the rest of her crew (Robert Downey Jr. is signed on for a supporting role). The part is said to have the same sort of solitary nature as Tom Hanks's character in Cast Away, which means she'll have to carry the film pretty much by herself. The only downside: it's in 3D, and we know how Portman feels about that.