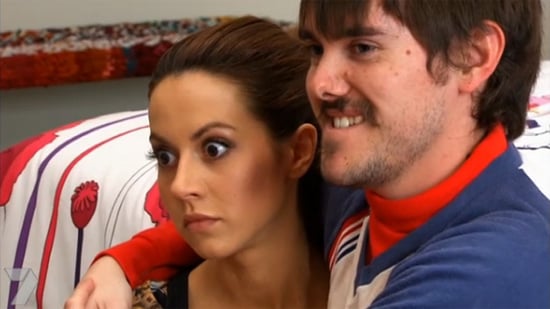 The secret millionaire of Beauty and the Geek is not so secret anymore — it's Nathan! The computer code expert from Queensland shared the information with his partner on the show, stewardess Jessica, during a 25-hour hugging challenge. He said, "I think we've built a bit of trust in this room so I have a bit of a secret. The secret millionaire in the house is me." Jessica's reaction (aside from her reaction, above)? She said in the post-challenge interview, "I started getting really hot and sweaty. I got palpitations. I think I was having a heart attack or anxiety attack." The rest of the Beauties and Geeks were told at the conclusion of the hugging task, which was won by Greta and Yiran, and Alin and Dane.

It was the winners of the hugging challenge who collectively decided to put Jessica and Nathan through to the elimination round, with Jessica commenting, "I had a gut feeling. Now that Nathan has been announced as the millionaire, everyone's going to think why does Nathan need the money?" However in the end they made it through, with Bre and Oliver leaving the show. Did you guess Nathan as the cashed-up Geek?

Locky Gilbert
Izzy's Mum Just Asked Locky for His Sperm on The Bachelor & No, You Have Not Misread
by Hannah Story 6 hours ago