Aaron Paul may only be on the small screen as Jesse Pinkman for one more week, but when Breaking Bad ends, we can still look forward to seeing Paul make moves on the big screen. In Need For Speed, Paul plays Tobey Marshall, a former street racer who's just gotten out of prison and embarks on an epic cross-country race to get revenge on the ex-partner (Dominic Cooper) who betrayed him. Imogen Poots also joins Paul in the passenger seat on the epic road trip. 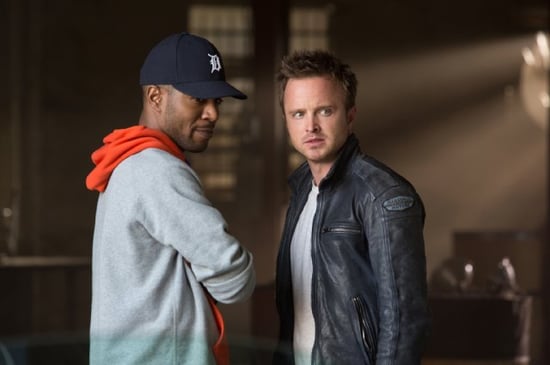 The trailer is extremely dramatic, with Paul reciting a vengeful monologue over an operatic tune — a little too dramatic for a movie based on a video game. I want to see more of a full trailer with the story and hopefully with more fun injected. With such cool cars, high-speed action, and Jesse Pinkman at the wheel, this has to be fun, right? Right? We'll see when Need For Speed comes out next March 13, but you can watch the trailer after the jump.

Movies
The Wickedly Magical Ending of Craft: Legacy Leaves a Possibility For More Sequels
by Mekishana Pierre 21 hours ago

Movies
The Craft: Legacy Features a Cameo That Leaves Us With a Lot of Questions
by Mekishana Pierre 22 hours ago