I'm having a hard time believing it, but for some people, having Zac Efron as a next-door neighbour is not a dream come true. No, for Seth Rogen's character Mac in Neighbors (previously known as Townies), it's a nightmare — he and his wife Kelly (Rose Byrne) are living blissfully with their baby daughter when they get new neighbours, a rowdy frathouse led by Teddy (Efron). The noise and parties aren't the only things making Mac and Kelly nuts — once Mac starts to complain, Teddy wages a war on the young couple, which includes pranks that would be very dangerous if they weren't so funny. Also in Teddy's frat? The very funny Dave Franco and Christopher Mintz-Plasse. 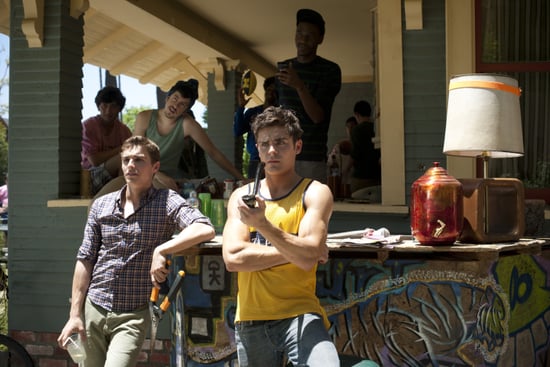 This is the adult trailer, so a lot of the dirtier stuff is upfront in the preview — and it makes the movie look hilarious. Efron is hot and believable as a frat boy gone bad, and I like seeing Rogen as a new dad (and Byrne is always a delight). The movie doesn't come out until May of next year, but you can watch the NSFW first trailer after the jump.