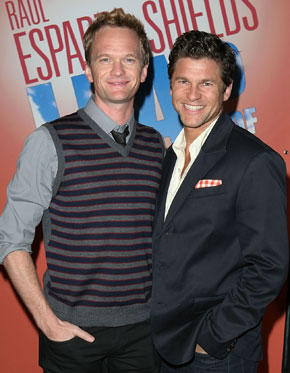 Neil Patrick Harris and David Burtka are proud dads to newborn twins, Gideon Scott and Harper Grace, born on Tuesday! NPH announced the news on his Twitter, saying, "All of us are happy, healthy, tired, and a little pukey." The longtime partners shared their decision to become dads via surrogate a few months ago and since then have been gearing up for their little boy and girl. Fatherhood isn't the only exciting new role NPH is taking on as it was recently announced he's going to direct his first feature film. Congrats to the happy family!

Staying Home
David Burtka Knows Parents Simply Can't Do It All During COVID, and Cheers to That!
by Murphy Moroney 27/9/20