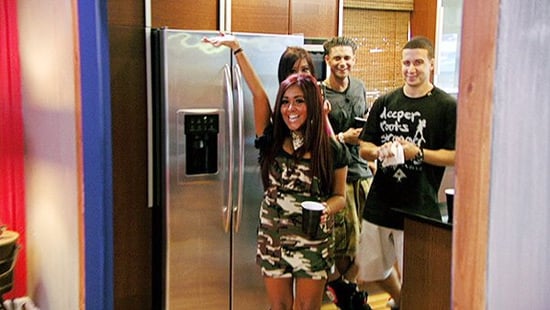 If you’re a fan of shows like Jersey Shore or The Only Way Is Essex, this should be music to your ears: Network Ten is commissioning a similar, local series called The Shire, which will focus on a group of people from Sydney’s Sutherland Shire. David Mott, chief programming officer, said, “The Shire is a fascinating look into a unique sub-culture in Australia and the first time a local ‘dramality’ series is being introduced to the commercial television landscape. The genre has been a hit in the US (Jersey Shore) and the UK (The Only Way Is Essex), changing the way people view television, and we intend to do the same.” He added that the show fits into the current TV landscape that will give viewers lots to talk about on social media. Production will start next Monday, March 26. Are you interested in watching The Shire?

TV
Do People in the UK Think Australia Looks Like It Does on The Crown? An Investigation
by Hannah Story 9 hours ago

TV
Get to Know the 3 Leads of 12 Dates of Christmas, HBO Max's New Reality Dating Show
by Samantha Bergeson 14 hours ago

TV
It's Time to Tune Back In to Catfish: The TV Show, Simply Because of Kamie Crawford
by Amanda Davis 16 hours ago