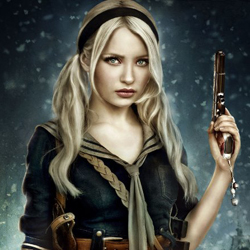 When the first trailer for Zack Snyder's Sucker Punch was released, we were confused to say the least. Luckily, this second version does a better job of setting up the film—at least a teeny bit. The basic plot: a girl named Baby Doll (Emily Browning) tries to shoot someone and gets sent to a mental ward. While in lockup, she dreams up fantasies as a means of escape (alongside recognisable faces like Vanessa Hudgens and Abbie Cornish). The preview still has all of the crazy CGI of the initial footage, but thankfully, it's not quite as frenetic. Watch when you read more.