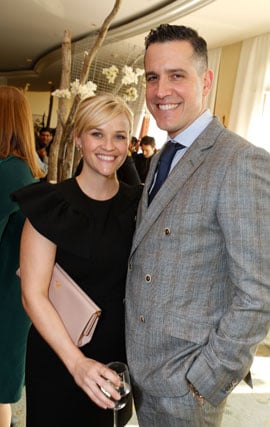 Variety reports that Reese Witherspoon and her husband Jim Toth were arrested early Friday morning in Atlanta, Georgia. Jim was arrested for a DUI after swerving into the wrong lane with his car, and Reese for disorderly conduct after disobeying police in a verbal altercation during Jim's arrest. Reese was reportedly handcuffed and the pair were both taken to jail, booked, and released shortly after. Reese is currently on location in Atlanta shooting her latest film The Good Lie.

Russell Wilson
Russell Wilson Pens a Heartfelt Birthday Tribute to Ciara: "You Have Changed My Life"
by Brea Cubit 14 hours ago

Movies
It's Officially a Perfect Day: The Legally Blonde Cast Reunited For the First Time Since 2001
by Mekishana Pierre 4 days ago