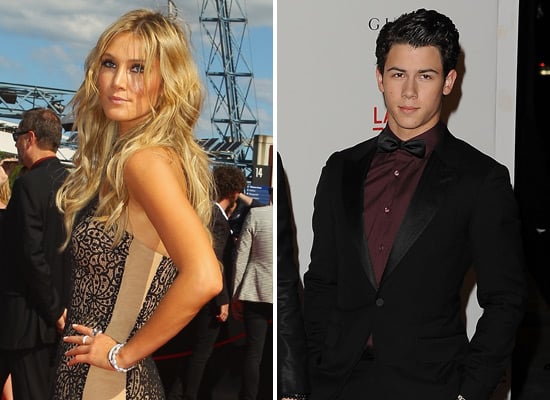 Nick Jonas is currently in Australia to meet up with his girlfriend, Delta Goodrem, exciting lots of Aussie Jonas Brothers fans who have been waiting for him to visit for years. Considering his trips Down Under are a rare occurrence — this is his first time here! — it makes sense that the musician has taken some time to meet with Delta’s mum, Lea. The Daily Telegraph reports that Delta and Nick celebrated Lea’s birthday on Monday night, and then had their own date night at Cafe Sydney on Tuesday. As they made their way to dinner, a paparazzo trying to get a shot of them tripped over, and Nick apparently helped him up. Delta has met with Nick’s family a few times, and even communicates with Nick’s mother Denise on Twitter.