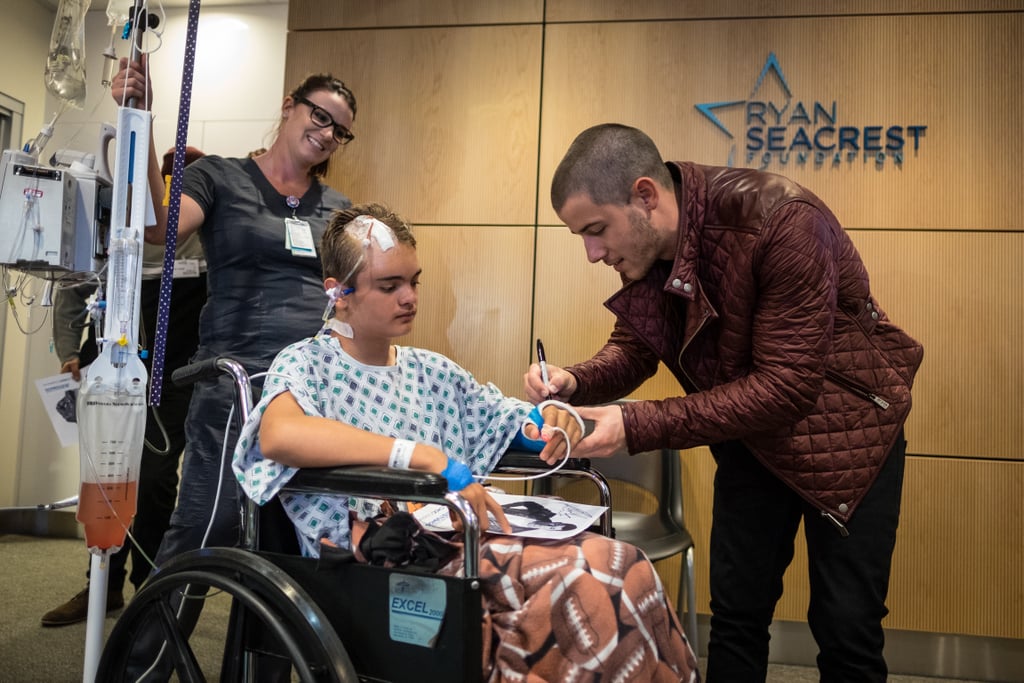 We won't see Nick Jonas on stage with BFF Demi Lovato for another few weeks, but he's definitely keeping himself busy until then. On Tuesday, the singer stopped by to see the patients at the Children's Hospital of Orange County, where he signed autographs, posed for photos, and even gave an interview. The visit ties into Nick's role as an ambassador for the Ryan Seacrest Foundation, which tweeted about the event. Most recently, Nick also popped up in a somehow-sexy Sesame Street video and a new Carpool Karaoke session with Demi Lovato and James Corden. Keep reading to get your fill of Nick before his tour with Demi kicks off.

Music
Merry Christmas! The Jonas Brothers Are Releasing a New Holiday Song All About Family
by Chanel Vargas 30/10

Celebrity Beauty
Nick Jonas May Have a Tiny Tattoo Collection, but Each One Sends a Powerful Message
by Danielle Jackson 28/10