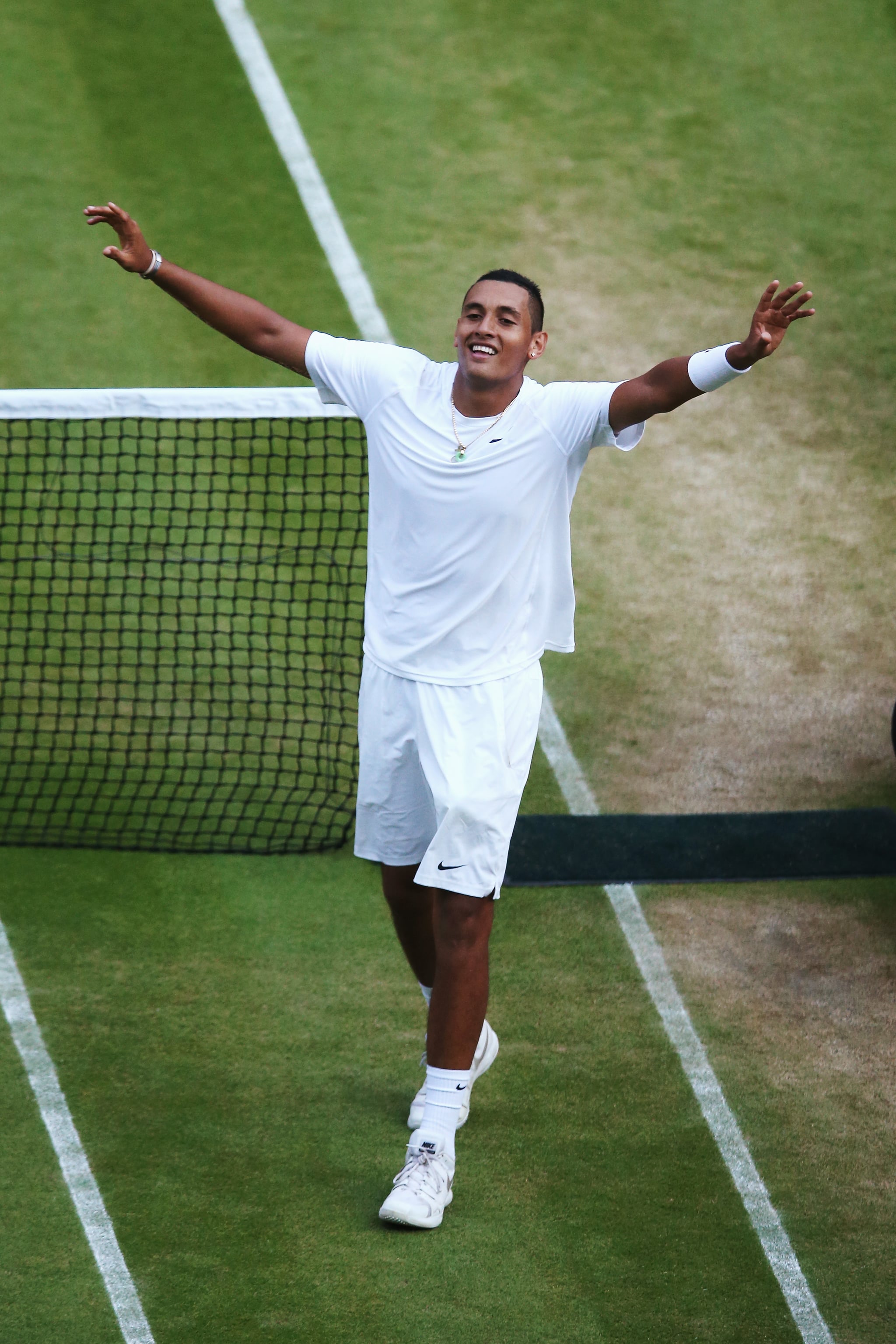 Australia is celebrating Nick Kyrgios this morning, but if you don't follow tennis you're probably wondering why! The talented Aussie tennis player knocked Rafael Nadal, the current world number one tennis player, out of Wimbledon in their fourth round meet-up overnight. As everyone's talking about Nick, here are the vital stats you need to know.

His father, Giorgos, is Greek, and is mother, Norlaila, is Malaysian. He is the youngest of three kids.

He's Great at Another Sport

Thanks to his height, Nick excelled at another sport, basketball, and even represented the ACT and Australia in his early teens before deciding to focus on tennis at the age of 14.

Nick was just 15 when he won his first ITF junior tour title in Fiji. In 2013 he won the junior Australian Open grand slam title and gained the number one junior ranking.

Nick is currently ranked 144th in the world.

It's the first time since 1992 that a man ranked outside the top 100 players has defeated the world number one. As a result of making the top 16 of Wimbledon, Nick's rank will move into the top 100.

black lives matter
Tennis Has a Diversity Problem, and Pro Player Taylor Townsend Is Speaking Up About It
by Tamara Pridgett 10/9