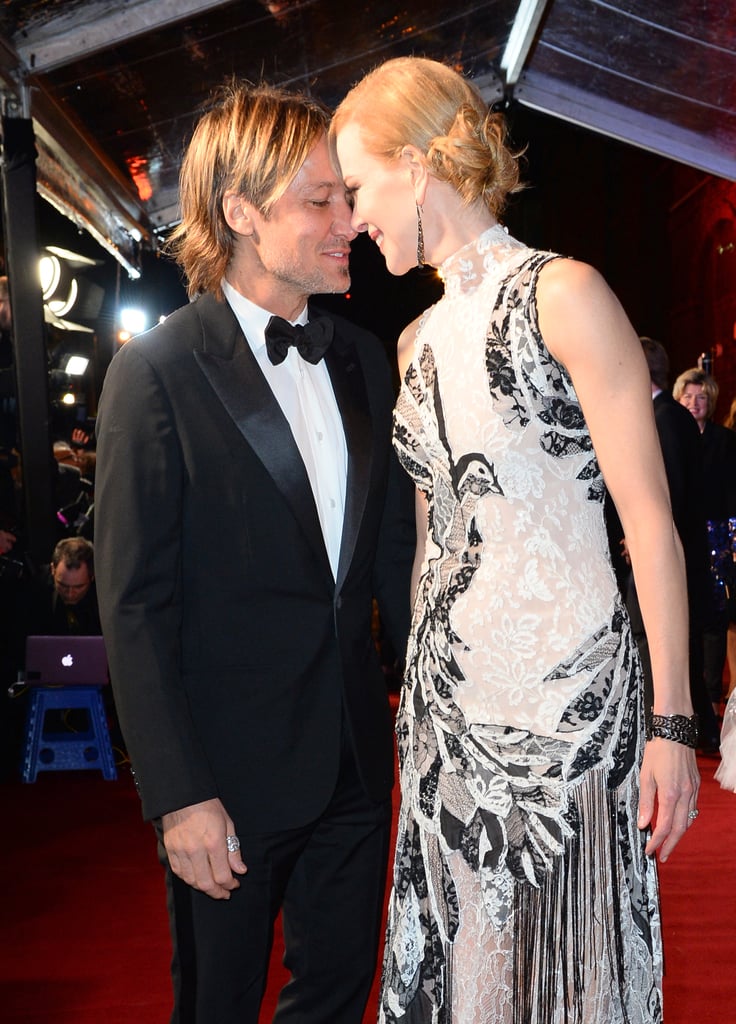 Nicole Kidman had the support of her husband, Keith Urban, at the Evening Standard's theatre awards in London on Sunday. The couple showed their signature sweet PDA on the red carpet while posing for photos together, and Nicole beamed with her new trophy in the press room; during the ceremony, she was honoured with the best actress award for her performance in Photograph 51, in which she played Rosalind Franklin, a scientist who contributed to the discovery of DNA's double helix structure. Nicole had been starring in the play at London's Noel Coward Theatre since September, and Keith was spotted by his wife's side after many of her shows. Keep reading to see Nicole and Keith's latest PDA-filled outing.