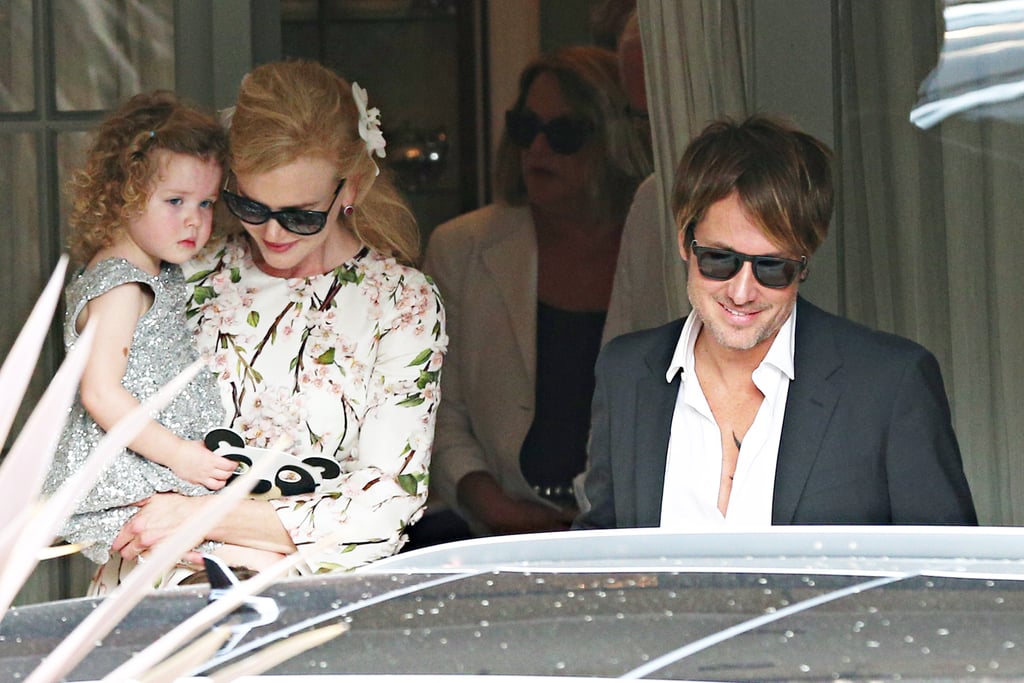 Nicole Kidman and Keith Urban were spotted spending family time with their two daughters, Sunday and Faith, yesterday. The family celebrated Nicole's parents' 50th anniversary at a party in Sydney, Australia. The couple were seen smiling and laughing together with Janelle and Antony Kidman (Nicole's parents), one day after Keith flew into Sydney.

The family plans to stay Down Under over the holidays, with Keith revealing the family's holiday tradition of 'sing-a-longs' and how thankful he is to be surrounded by Nicole and their two girls in a recent interview.

Skepta
Not So Fast! Adele Says She's Single Amid Those Skepta Dating Rumours
by Monica Sisavat 2 days ago
Latest Celebrity
×