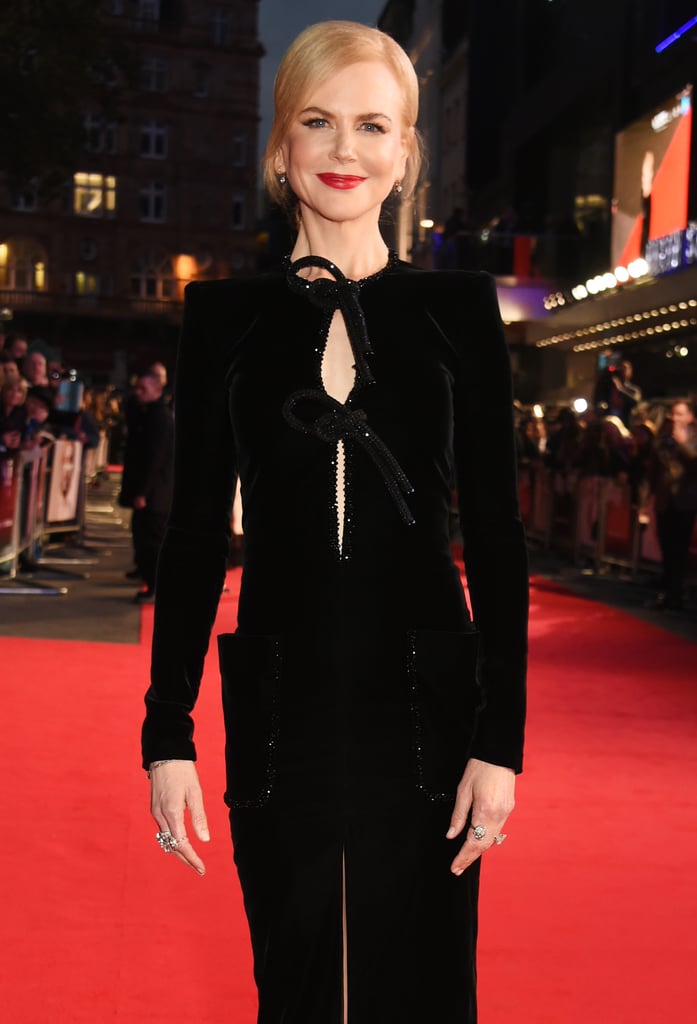 Nicole Kidman stepped out in London on Wednesday looking like an absolute dream. The 49-year-old actress is across the pond to promote her new Oscar contender, Lion, and she strutted her stuff in head-to-toe white while flashing a bright smile and waving to the cameras. Later that day, Nicole hit the red carpet with her co-star Dev Patel for the film's London Film Festival premiere and showed some leg in a sultry black gown.

Nicole's gorgeous outing comes a little over a week after her candid comments about her previous marriage to Tom Cruise. In an interview with Red magazine, she marvelled at how long ago that relationship was, saying, "I was so young when I got married. I look back now and I'm like, 'What?'" After getting divorced in 2001, Nicole went on to find love with country singer Keith Urban, whom she's been happily married to since 2006. Their picture-perfect relationship seems like nothing short of a fairy tale thanks to the couple's habit of gushing about each other, which just might be the reason Nicole looks so adorably happy.

TV
Every Last Detail About Grace's Coats on The Undoing, Straight From the Costume Designer
by Victoria Messina 6 days ago