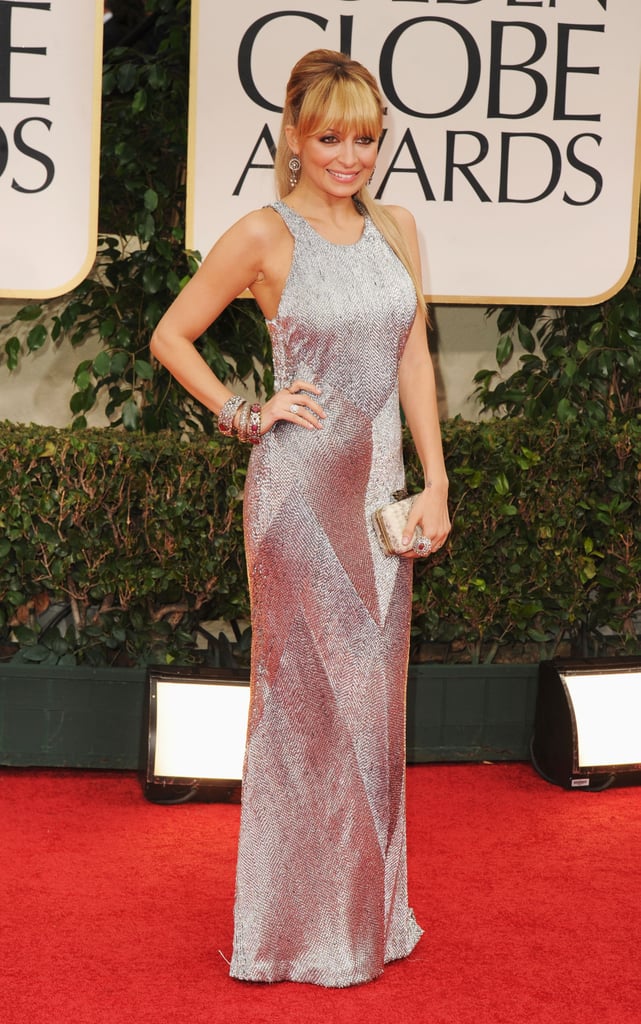 Nicole Richie hit the Golden Globes red carpet in LA today wearing a chic silver gown by Julien Macdonald, which she described as "very heavy." The mum of two, who will show off her own design skills in the upcoming reality TV show Fashion Star, was one of the first to arrive for the show. Nicole's having a glam night, but her husband Joel Madden started the day in a little more low-key manner. Joel tweeted about enjoying crab cakes and football a few hours ago! He was actually the in-house DJ for the 2011 Oscars, but it seems he might be skipping out on the proceedings today. Weigh in on Nicole's look and more with our Golden Globes beauty and fashion polls!