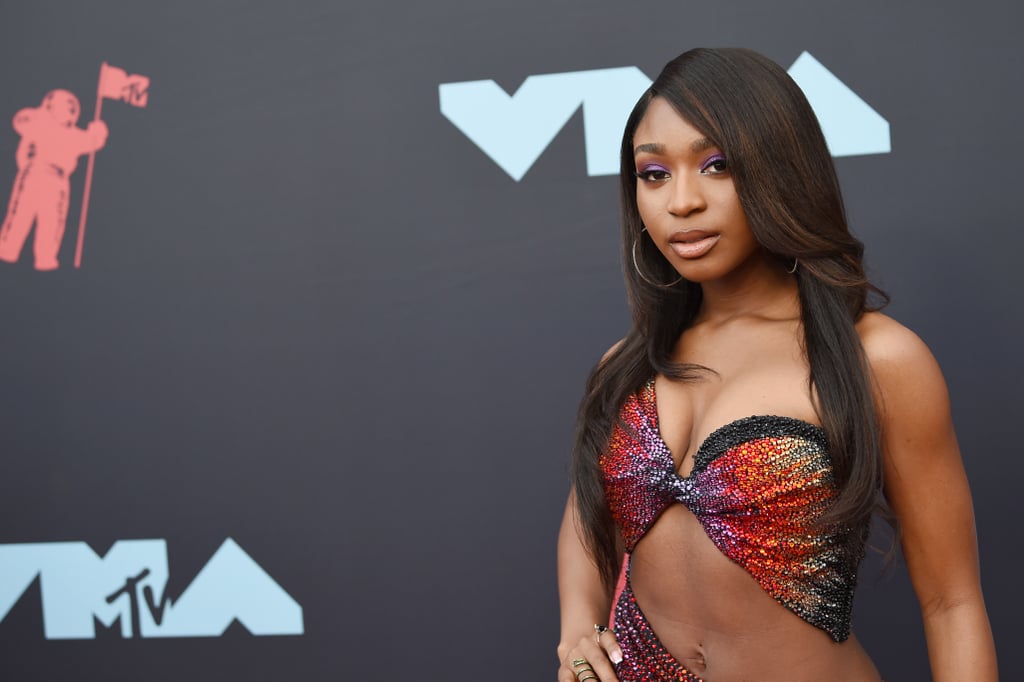 Normani is coming to take all her things at the 2019 MTV VMAs and we are here for it, honey! The "Motivation" singer graced the red carpet in a slinky dress that bared some devastating abs and a lot of leg, letting us all know she didn't come to play with the carpet, or our edges. Her look gives everything from Destiny's Child "Survivor" to Mariah Carey's "Butterfly," which is along the same vibes that her nostalgic video gave fans, so we're sensing a theme!

It's a big night for the 23-year-old singer; not only is her music video for "Waves" featuring 6LACK nominated for best R&B video, but she's also performing during the main show! It'll be Normani's first-ever solo performance at the award show and we have no doubt she's going to smash it. Keep scrolling for more looks at Normani's super-fly night at the VMAs ahead!