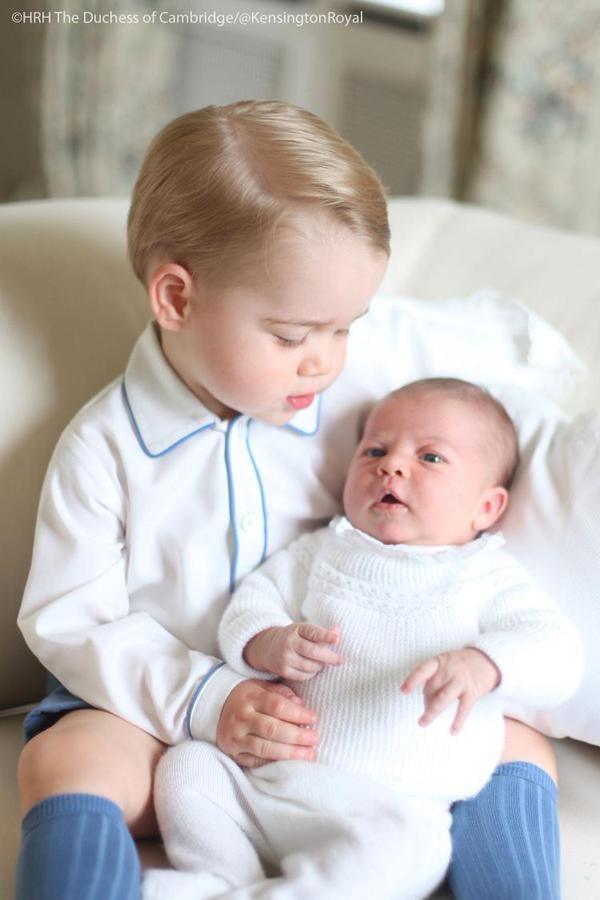 Princess Charlotte's first official portraits are here! Kensington Palace shared adorable pictures of the new royal with Prince George via Twitter on Saturday, just over a month since Charlotte's picture-perfect debut on May 2. The first image shows the little lady resting in her big brother's lap as he gazes adoringly into her pretty eyes, which just might be focused on mum Kate Middleton. That's because Kate was behind the lens! "The photo of Prince George and Princess Charlotte was taken by The Duchess of Cambridge in mid-May," the palace said in a follow-up tweet. Additional photos show George kissing Charlotte, smiling off in the distance, and looking serious. While Charlotte wears an all-white outfit, complete with a knit sweater, George dons a white-and-blue button-down shirt that matches his shorts and long socks.

Their sweet moment marks the first time Kate and Prince William's children have been seen together. William took George to St. Mary's Hospital in London to visit his new sister shortly after her birth, but the little guy went home before the royal family's big moment on the Lindo Wing's famed steps. The public last caught a glimpse of George in late May, when Kate doted on him at the park in her first appearance since giving birth. Royal baby excitement will soon amp up once again — on Friday, the palace announced that Charlotte's christening is set for July 5. After you're done reacting to all the cuteness in Charlotte and George's picture, take a trip down memory lane with a look at his first official portrait.

The Royals
Kate Middleton Captured Some Precious, Playful Moments of Prince William and the Kids
by Karenna Meredith 22/6 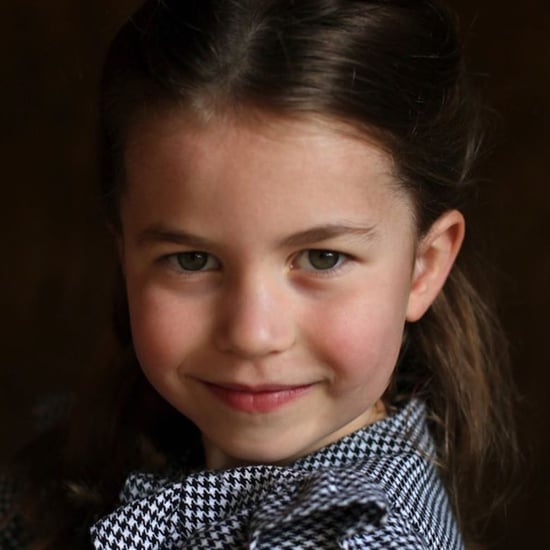 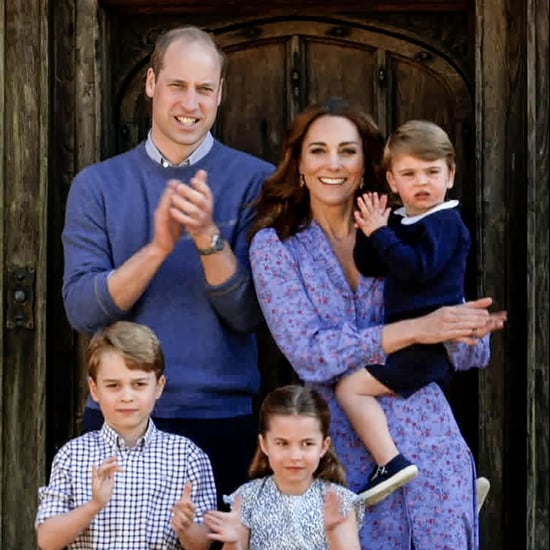