With the Captain America mystery finally solved, Hollywood is moving on to yet another coveted role rumour: the next Bond girls in Bond 23. Despite whisperings that Olivia Wilde and Freida Pinto would be stepping into the parts, both actresses have since denied their involvement. So, you know what that means—time for our own wish lists! 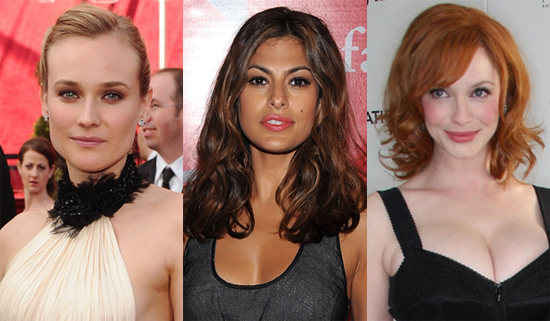 I'm sure Megan Fox's name will get thrown around a ton once the time comes, but according to tabloids, she's already nixed the idea. Personally, I would love to see Diane Kruger. She's already proven that she can do the mysterious foreigner with a lethal side in Inglourious Basterds, and she's sharpened her adventure chops on the National Treasure franchise. Eva Mendes also has that je ne sais quoi which seems to be a role requirement and you just know that Mad Men's Christina Hendricks would make Bond's eyes bug out if you put her in a bikini. Those are my picks, but hit me up with yours—who can you see in the iconic part?