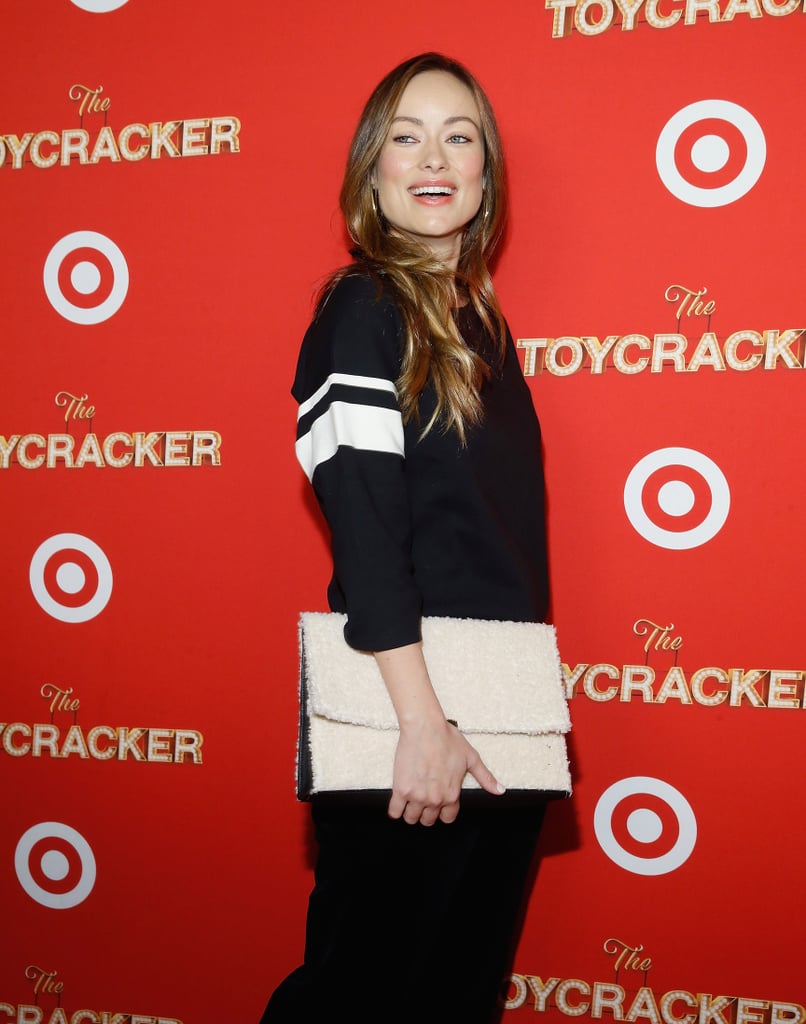 Olivia Wilde was all smiles when she attended Target's Toycracker premiere in NYC on Wednesday night. Clad in an all-black ensemble, the mother of two glowed as she walked down the red carpet and posed for pictures. Although Olivia's other half, Jason Sudeikis, wasn't in attendance, the event marked Olivia's first public appearance since she gave birth to her second child, a beautiful baby girl named Daisy, in September. Olivia and Jason — who are also parents to 2-year-old son Otis — were spotted grabbing breakfast in Brooklyn, New York, days after Daisy's birth in October.

Red Carpet
The Cast of Mulan Looked So Regal at the World Premiere, We Have No Choice but to Bow Down
by Monica Sisavat 4 weeks ago