Those who enjoyed 2011's Drive may enjoy the red band trailer for Only God Forgives, the next collaboration from director Nicolas Winding Refn and star Ryan Gosling. The heartthrob plays Julien, a former kickboxer living in Bangkok. When his brother is murdered by a police lieutenant, Julien attempts vengeance on his family's behalf. If the trailer is any indication, then Julien is a man of few words, as the only thing he says is, "Wanna fight?" Words may be scarce — except for a few disturbing ones from Julien's mother, played by Kristin Scott Thomas — but the violence is cringe-worthy. 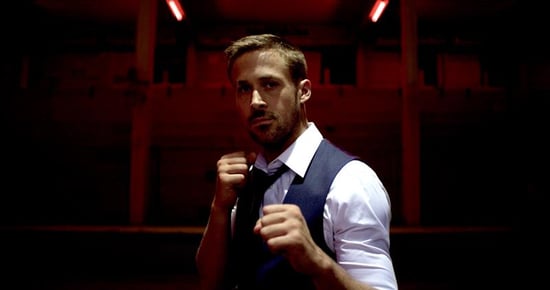 Drive has a unique combination of fantastic art direction and some brutal violence, and it looks like Only God Forgives could be headed in the same direction. That said, I'm a little worried that the latter will be even more gory than Drive, which is saying a lot. The film hits cinemas this year, but you can watch the trailer after the jump.

Staying Home
Eva Mendes and Ryan Gosling Feel Like They're Running a Hotel Amid COVID-19, and Yep, That Tracks
by Murphy Moroney 5 hours ago