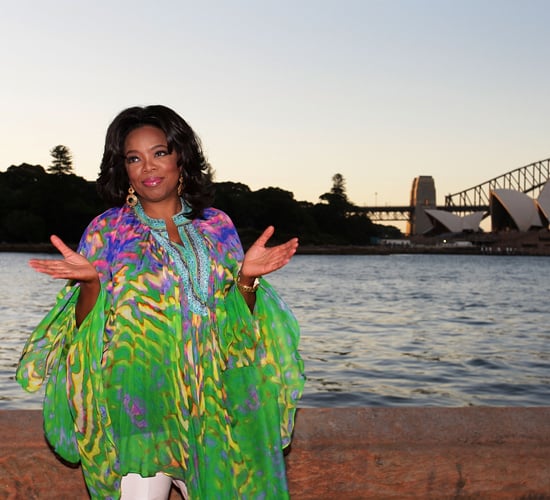 Nearly three years after her headline-grabbing tour of Australia, there's speculation that Oprah Winfrey will return to our shores sooner rather than later. Sydney Confidential revealed this morning that the former talk show queen is in talks with Qantas, who are keen to bring Oprah back out so she can host more live shows around the country. In 2010, Oprah brought 302 audience members with her for the once-in-a-lifetime trip which injected an estimated $47 million into our economy and saw the likes of Nicole Kidman, Keith Urban, Jessica Mauboy and Hugh Jackman join in on the fun.

While nothing has been confirmed as yet, a spokesperson from Qantas did say that they have something up their sleeve, saying "Qantas is regularly in talks around opportunities to work with celebrity friends to promote Australia". Fingers crossed we'll be seeing Oprah soon, then!