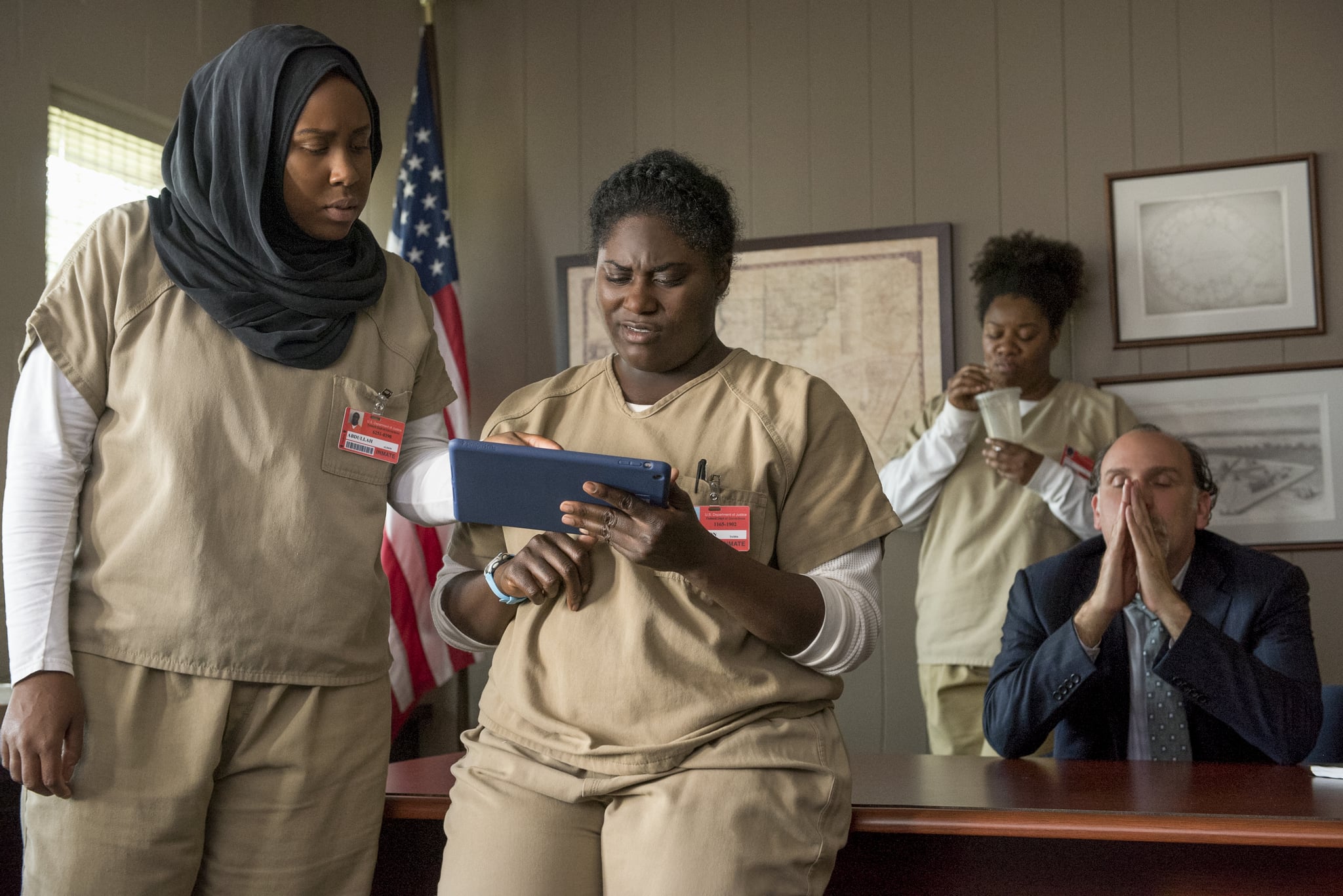 Minor spoilers for Orange Is the New Black below!

Orange Is the New Black's fifth season picks up shortly after Poussey's tragic death, dropping us smack dab into the heart of the riot raging inside Litchfield Penitentiary. While some of the inmates are content to wreak havoc on their new hostages, Taystee (Danielle Brooks) throws herself into negotiating for an end to the madness with government officials on the outside as a way to distract herself from her best friend's death. Along with some help from Cindy (Adrienne C. Moore), Janae (Vicky Jeudy) and Alison (Amanda Stephen), Taystee arranges for the Governor to meet a list of their demands in episode three, "Pissters."

To ensure the list includes things all of Litchfield's inmates are interested in, the group sets out to narrow down their demands democratically. They have all of the other inmates vote for what they want, from simple luxuries like bags of Cheetos and Takis to important necessities like health care and a competent GED program. The main group eventually retreats to an empty guard's lounge to count the votes. While tallying up the numbers, they keep track by writing some of the demands on a vending machine, which happens to have a subtle shout-out to the streaming service Orange Is the New Black calls home: 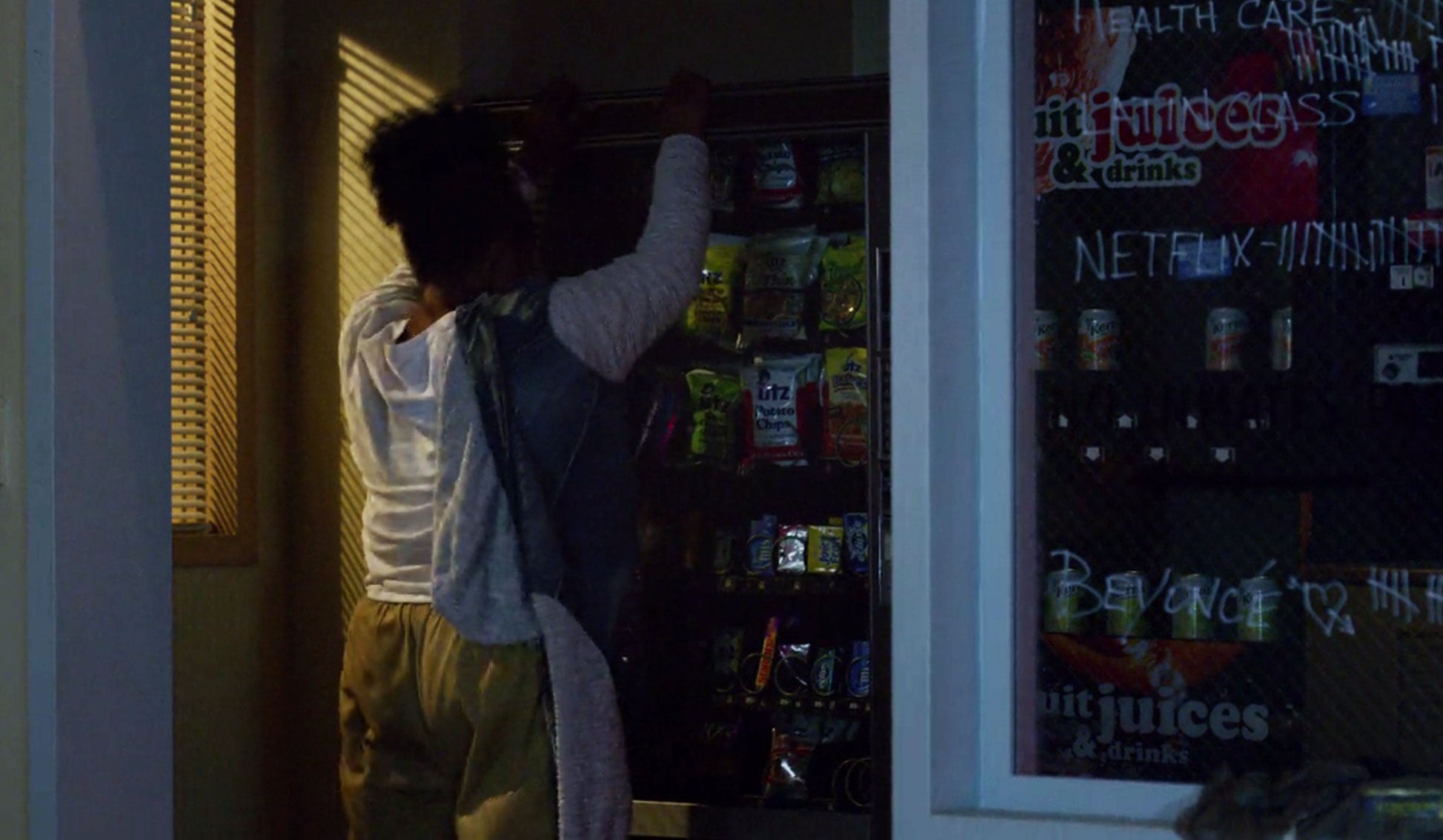 See it? Nestled between demands for health care and a meet-and-greet with Beyoncé is a request for Netflix access. Kind of cool, right?

Award Season
Trevor Noah Is Hosting the 2021 Grammys, and He Has Plenty of Joke Material to Work With
by Monica Sisavat 14 hours ago
Latest Celebrity
×