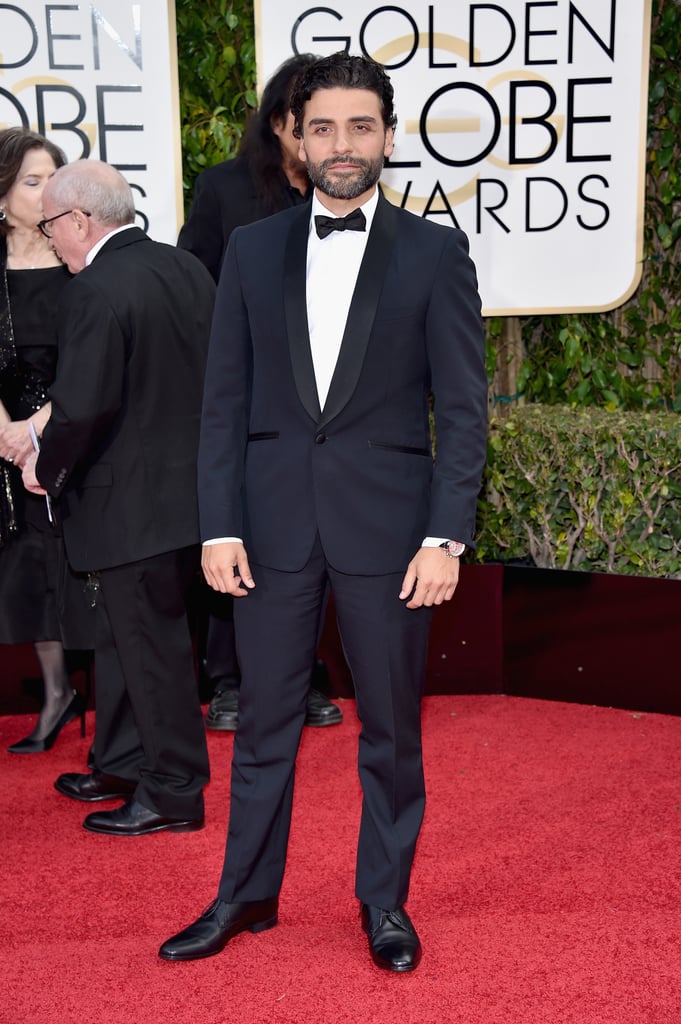 Oscar Isaac was one of the many stars on the Golden Globe Awards red carpet on Sunday evening. The Star Wars: The Force Awakens actor arrived solo on the red carpet but was joined by Aziz Ansari, Pedro Pascal, and his reported girlfriend, Elvira Lind. Inside, the handsome stud showed off his smouldering good looks and flashed a big smile when he won best actor in a miniseries or TV film for his role in HBO's Show Me a Hero. Read on to see more of Oscar's big night at the Golden Globes, and then flip through 34 of his photos that are guaranteed to awaken the Force within you.