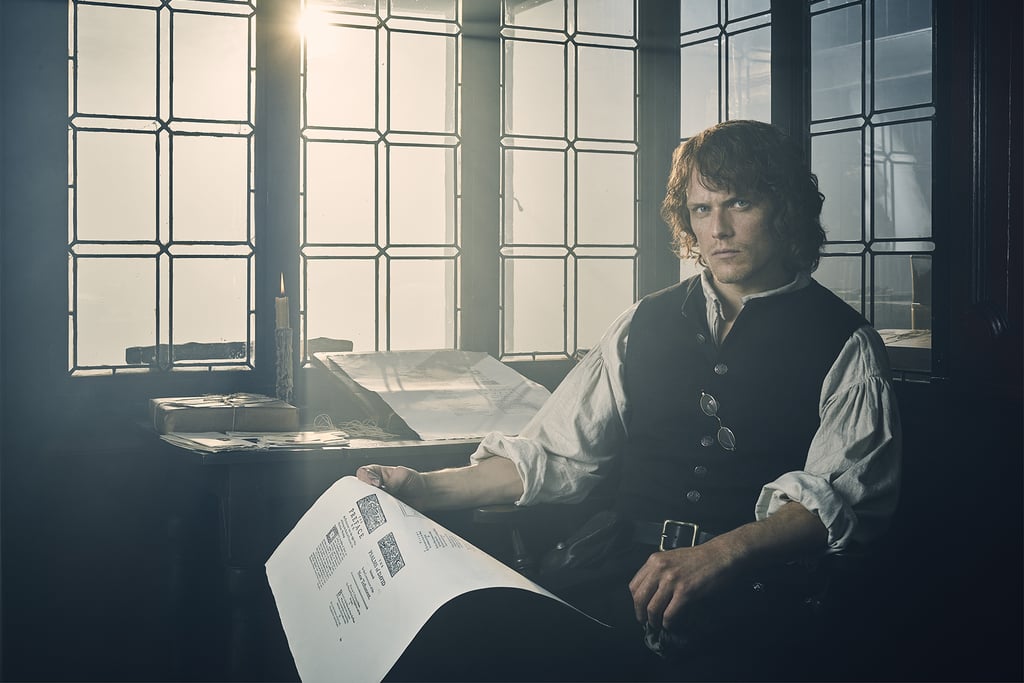 Is it just me, or is Sam Heughan somehow getting hotter? In a handful of new images from Outlander's highly anticipated third season, Heughan appears as a slightly older and wiser version of Jamie, who's hanging out in the A. Malcolm Printer and Bookseller store we got a quick shot of in the latest trailer (!). There are also glimpses of Claire (Caitriona Balfe) and Frank (Tobias Menzies), whose relationship looks a bit strained, as well as Claire researching with her daughter, Brianna (Sophie Skelton), and Roger Wakefield (Richard Rankin). Three photos are nowhere near enough to quench our Outlander thirst, but they'll just have to do until the drama returns on Sept. 10!