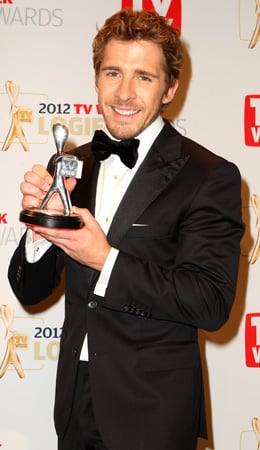 Network Ten’s new talent-finding show, I Will Survive, has a host: Logie-winning actor Hugh Sheridan. When the announcement was made yesterday that Hugh will front the program, which is looking for Australia’s next triple threat, there was speculation that it meant Hugh would be leaving the show that made him a household name, Packed to the Rafters. But he was the first to dismiss rumours his character, Ben Rafter, was leaving the series when he tweeted, “I'll be in series 5 and 6, Ben goes nowhere, despite where I go,” and, “Hey everyone, I was bloody dying to tell u guys!! It's pretty exciting to be giving a new part of myself with 10. #DontworryBensgoingowhere!” A Network Ten spokesperson confirmed to TV Tonight, “We have allowed him to be in a limited number of episodes for Season 6.” I Will Survive, which has $250,000 cash and potential Broadway opportunities as part of its prize, recently announced The Adventures of Priscilla, Queen of the Desert director Stephan Elliot as one of its judges.

Image Source: Getty
Join the conversation
TVI Will SurviveAustralian TVHugh SheridanPacked To The Rafters
More from POPSUGAR
From Our Partners
Related Posts