I'm currently madly in love with Modern Family but I might also give Parenthood a go (the new TV show, not the process that turns your life upside down). The ensemble drama is based on the 1989 movie and has endured a long road of trials and tribulations, mainly due to original star Maura Tierney's illness and subsequent replacement by Lauren Graham. At long last, the show is finally getting its coming out party with tonight's premiere on Channel Seven. 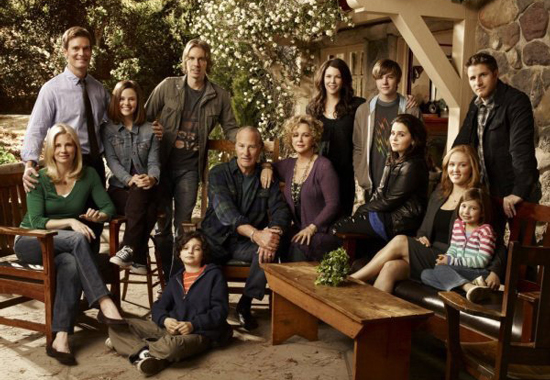 The hourlong pilot introduces you to the four grown Braverman siblings and each of their children, significant others, and issues. Graham plays Sarah, a struggling single mother to two rebelling teens who finds herself having to move back in with her parents in Berkeley, California. Conveniently, the rest of the family also lives there: older brother Adam (Peter Krause), whose son may have Asperger's Syndrome, younger sister Julia (Erika Christensen), a career woman who's worried about bonding with her young daughter, and delightfully immature Crosby (Dax Shepard), whose girlfriend is ready to have a baby, with or without him. There's a lot of ground to cover at first, but the likable characters and mile-a-minute problems are all poised to draw you in. I'll be tuning in for the great cast and excellent writing— will you? To watch a promo, just keep reading.