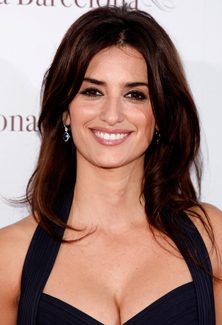 Can you say arrrrrh me hearty with a Spanish accent? Penelope Cruz is in negotiations to join the next Pirates of the Caribbean sequel. She'll be starring opposite Johnny Depp, who is set to reprise his role as Captain Jack Sparrow in the fourth film. The movie, subtitled On Stranger Tides, will be directed by Rob Marshall and will centre around the Fountain of Youth. Though Depp is currently on board to appear, there have been rumours that he was considering abandoning ship (pardon the pun). But now that Cruz has joined the cast, maybe Johnny will find a little incentive to stay. Cruz is set to play "Sparrow's foil and equal in many ways." Can I take this to mean they'll be getting it on?

Image Source: Getty
Join the conversation
MoviesPirates Of The Caribbean: On Stranger TidesMovie NewsPenelope Cruz
More from POPSUGAR
From Our Partners
Related Posts