Good news for fans of The Perks of Being a Wallflower (out Nov. 29): judging from the trailer, you won't be disappointed in the film adaptation. The story follows the experience of Charlie (Logan Lerman), a high school freshman who struggles with depression, and to make matters worse, he doesn't have friends at school. That is, until he's befriended by stepsiblings Patrick and Sam (Ezra Miller and Emma Watson), who invite him to join their group of misfits and make him feel accepted. 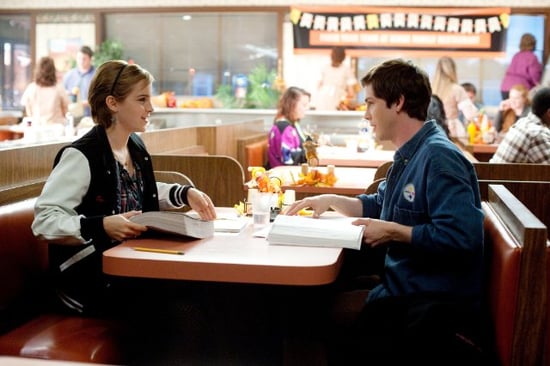 Though the preview has a lighter feel than the book, I have faith that the film will do justice to the story since Stephen Chbosky penned the novel as well as the screenplay. The acting seems like it's going to be great (particularly by up-and-comer Miller), and I love hearing Watson's American accent and seeing her out of her Hogwarts robes. And to top it all off, Paul Rudd and Nina Dobrev have a supporting roles, too. Watch the trailer and let me know what you think when you keep reading.

Image Source: Summit Entertainment
Join the conversation
MoviesThe Perks Of Being A WallflowerDramasMovie TrailersEmma Watson
More from POPSUGAR
From Our Partners
Related Posts