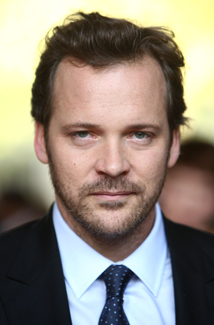 The Green Lantern cast continues to expand. According to reports, Peter Sarsgaard is in talks to play the villain in the film.

Peter will play Dr. Hector Hammond, "the pathologist son of a senator who . . . becomes infused with psychic powers when he discovers a meteor." He'll face off against Ryan Reynolds's Hal Jordan when filming starts in March.

Though I never would have thought Sarsgaard would be up for a comic book movie, let alone as the villain, I'm pretty psyched on the choice. He's a great actor who can invoke a subtle sinister air if he needs to (An Education, anyone?). And following Monday's rather interesting announcment that Blake Lively will play love interest Carol Ferris, this latest casting choice is at least a bit more exciting.

What do you think—can you see Sarsgaard as a comic book villain?