The 2010 Oscars have come and gone with The Hurt Locker standing out as the night's big winner. The acting awards went to this awards season's favourites—Sandra Bullock for The Blind Side, Mo'Nique for Precious, Jeff Bridges for Crazy Heart and Christoph Waltz for Inglourious Basterds. The show kicked off with Neil Patrick Harris' opening number, which was the perfect lead-in to Alec Baldwin and Steve Martin playing off each other throughout the night. Young Hollywood had an exciting evening as well, with presenters including Taylor Lautner and Kristen Stewart, who both chatted backstage about being a bit nervous before taking the stage. Kristen got to have a moment with her dad on the way in, which gave us a super sweet sighting. Zac Efron and Anna Kendrick also made a sweet duo giving out a statue together. 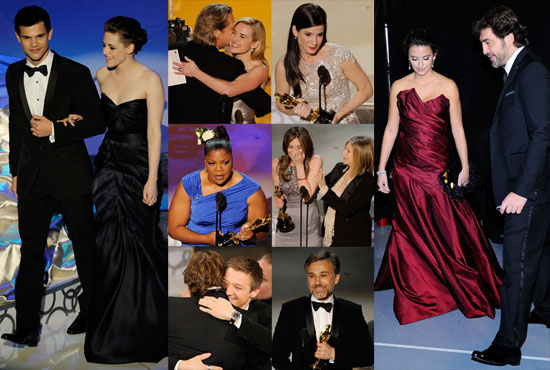 The Academy Awards red carpet provided some excitement, of course, and the acceptance speeches had us laughing and crying as the winners took the stage. Penelope Cruz didn't make it two in a row, but she was holding hands with Javier Bardem when the cameras announced the best supporting actress nominees—that's a pretty big public display of affection for the private couple. Sarah Jessica Parker got animated in the crowd before Matthew Broderick took part in the touching tribute to John Hughes. Keep track of all our beauty and fashion coverage over at Bella and Fab, and weigh in on all the winners too! 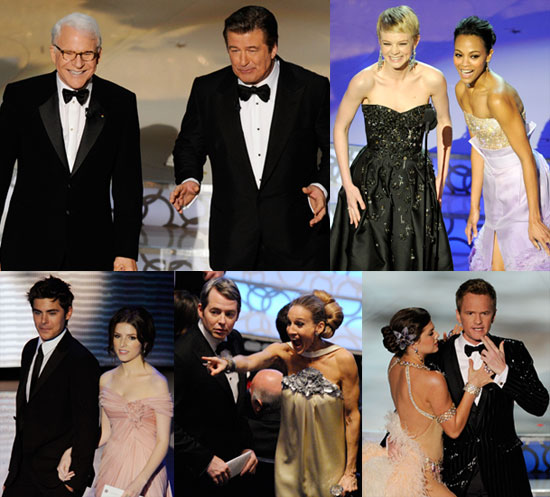