The stars of How I Met Your Mother were together in LA last night celebrating their 100th episode at the Paley Center. The men of the series stopped to pose for photos on the way in, as a Lindsay Lohan-less Jason Segel and the single again Josh Radnor hammed it up alongside Neil Patrick Harris. Alyson Hannigan and Colbie Smulders were expectant mamas at a similar panel last year, but both stars have since welcomed daughters. Their series won big at Wednesday's People's Choice Awards, though the ladies are hoping for more — Alyson revealed her ideal guest star would be Jennifer Aniston, while Colbie is pulling for Meryl Streep. As for the ongoing mystery of who actually is the mother, Jason joked, "If we keep waiting, science will catch up and there's no reason that Marshall [his character] won't be the mother." 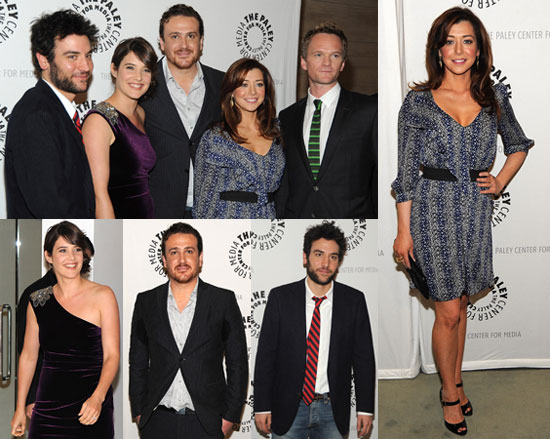