Ashley Greene is all about sexing things up these days — the Twilight star recently stripped down to nothing but body paint for Sports Illustrated, and she's decked out in black leather and a see-through bodysuit for the February issue of US mag Interview. One of the photos is perhaps NSFW, but there's more Ashley hotness with a behind-the-scenes video on the magazine's website. Ashley responded to questions asked by her costar in the series Michael Sheen about scoring her vampire role, being a role model and her upcoming movie The Apparition. Here's more: 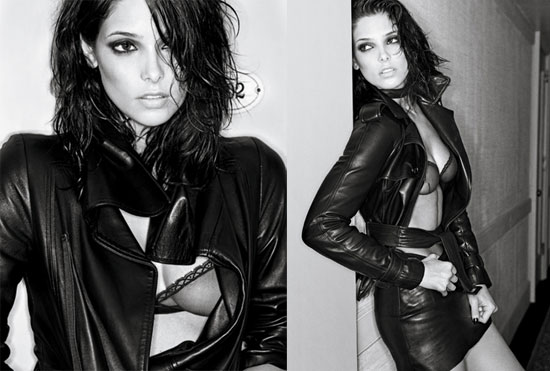 To see what Ashley has to say about her upcoming film projects and her interest in fashion, keep reading.