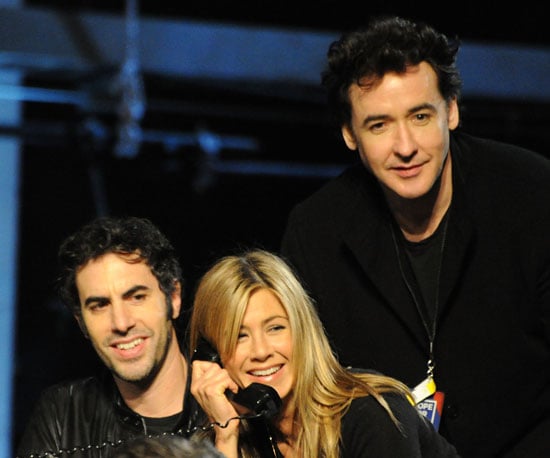 Hope for Haiti, the star-studded telethon that George Clooney helped organise to send aid to the devastated country, has just finished. Celebrity volunteers have been manning the phones, with other appearances–like Robert Pattinson from London and Matt Damon and Clint Eastwood from San Francisco—mixed in. Musical performances including Keith Urban, Beyonce, Chris Martin, Madonna and Bruce Springsteen set the somber tone for the event, but there was also hope thanks to donations from the A-List crowd and people just like you. The money raised will be shared between Oxfam America, Partners in Health, the Red Cross, UNICEF, the UN World Food Programme, Wyclef Jean's Yele Haiti Foundation, and the Clinton Bush Haiti Foundation. Here's a few of the big names out tonight—lots more will be added as photos come in.