David Beckham hit the practice field with his teammates in London yesterday showing off his flexibility with some high kicks and stretches. The football star and his AC Milan teammates are currently in the UK before playing in tomorrow's match against Egypt. They're coming off a 3-1 win over Atalanta over the weekend, but they'll have to bring out the big guns when they rematch against David's former teammates of Manchester United on March 10. Having lost their match to United last month David has one more chance to take on his former team. 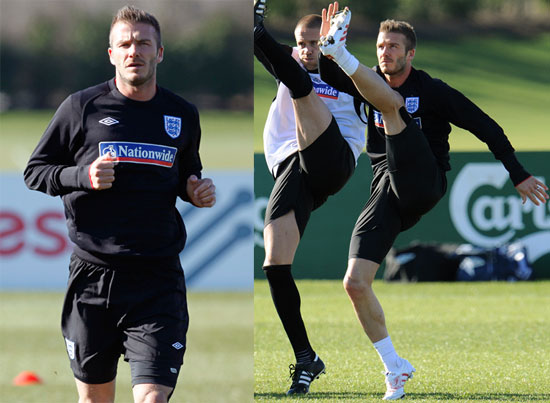