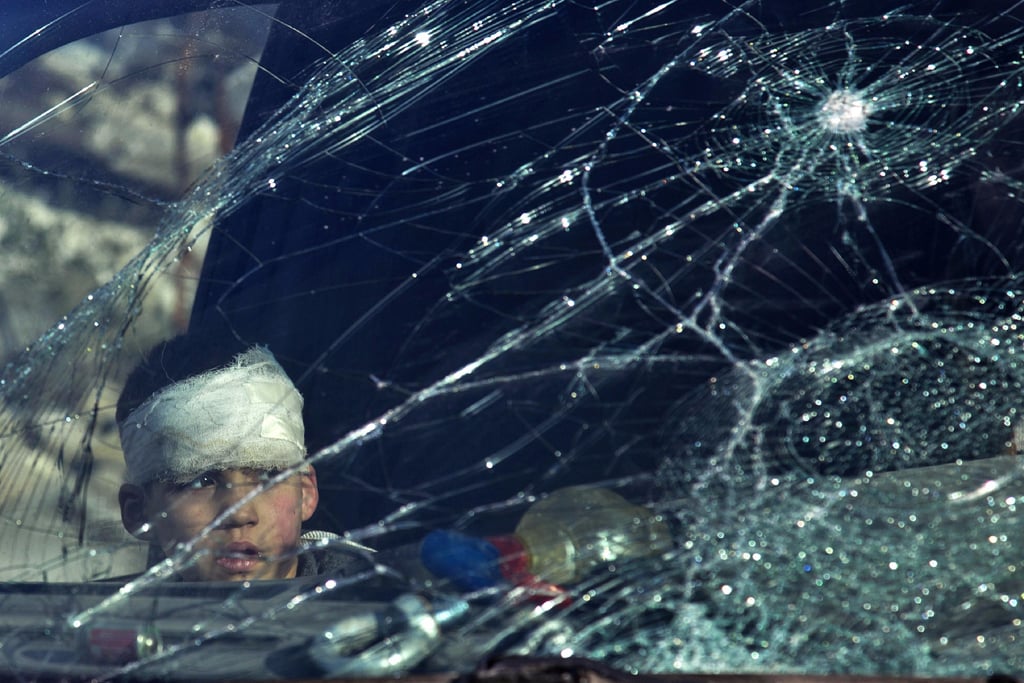 16 Heart-Wrenching Photos From Aleppo That Everyone Needs to See

Update: The evacuation of civilians and rebels out of Aleppo was halted on Dec. 16 over conflicting reasons. Syrian state news media reported that rebels broke the ceasefire by firing on evacuation convoys, according to the New York Times, while anti-government activists said the military blocked the evacuation passage.

Original story: The people of Aleppo need us all to pay attention. On Dec. 15, the evacuation of civilians and rebels began — more than 8,000, including children and the injured, were able to escape, but thousands more remain in the city ravaged by the ongoing Syrian war. Days before, Aleppo was overtaken by pro-government forces who unleashed bombs and began murdering civilians and rebels on the spot. A UN representative called it a "complete meltdown of humanity." While the evacuation is a hopeful sign for some, many evacuees will be taken to camps on the outskirts of the province of Idlib, a rebel-controlled area that's expected to be the government's next target, according to CNN. Others will likely become refugees with an unknown fate. Ahead, take a look at powerful photos that capture the current devastating situation in Aleppo.