Glee cutie Dianna Agron toned down her good girl image and turned up the fashion dial to pose for a black and white spread in the February issue of US mag Interview. Her show took home a Golden Globe for best musical or comedy over the weekend, though that's not where the good news ends—the series was picked up for a second season and Dianna herself just sold her first screenplay. Dianna opened up to the magazine about her life before the hit series, including how she grew up in a San Francisco Hyatt and almost skipped her big audition. Here's more: 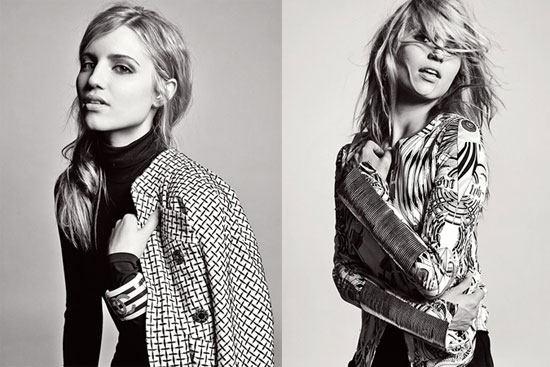 LGBTQ+
Naya Rivera's Glee Legacy Is So Important, and It's Still Helping Me Come Out to Myself Today
by Christine Shanahan 09/8/20

Celebrity Instagrams
The Cast of Glee Pay Tribute to Naya Rivera After Her Death: "You Deserved the World"
by Kelsie Gibson 15/7/20