Jennifer Lopez shows off her golden glow on the February cover of US mag Latina. Jen kicked off the year with a sparkly and much talked-about NYE performance, featuring her latest song "Louboutins," and in a few months we'll see her in a new film The Back-Up Plan. During the interview she talked openly about her past relationships, marriage to Marc, and the hunt for an Oscar. Here's what she has to to say about her Academy Award chances: 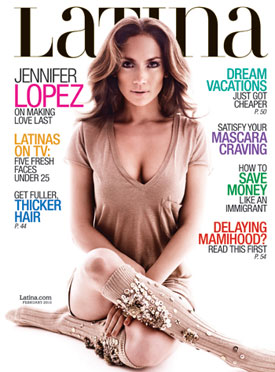 "I feel like I had that [Oscar-worthy role] in El Cantante, but I don’t even think the Academy members saw it . . . It was funny; when the Oscars were on, I had just given birth on the 22nd, and the Oscars, I think, were a day or two later. I was sitting there with my twins — I couldn’t have been happier — but I was like, 'How dope would it have been if I would’ve won the Oscar and been here in my hospital bed accepting the award?' . . . But we joked about it. It’s all good. Things will happen when they’re supposed to happen. I have the utmost faith and no doubt that it will one day, when and if it’s supposed to. You can’t get all crazy twisted over it." 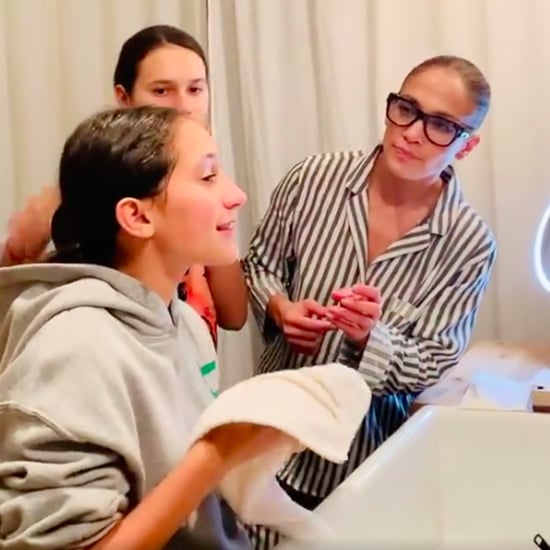 Skincare
Finally, the Wait Is Over: See All of the Products in Jennifer Lopez's Line, JLo Beauty
by Jessica Harrington 05/12/20