John Mayer performed to a packed Madison Square Garden on Thursday, at the first of two sold out shows in the NYC venue this week. The singer's back on tour but he's also been doing damage control since his controversial Playboy article circulated earlier this month. Most of you found his actions unforgivable, but he's winning back some with unexpected acts of kindness like pulling a young concert attendee on stage for an impromptu duet and giving him a guitar. Though John has a history of Twitter missteps in the past, for now he's sticking to sharing harmless photos from the tour and appreciation to his fans. 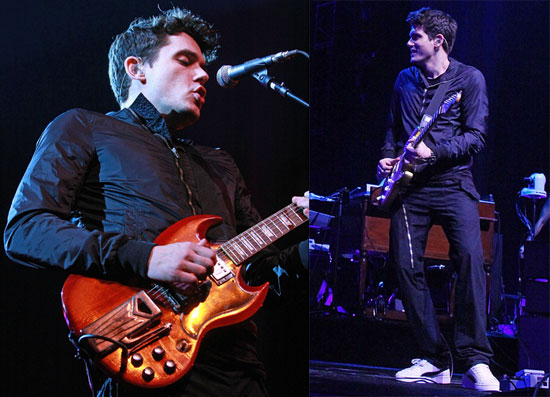