Kellan Lutz continued on his New Moon mall tour yesterday with an appearance at the Natick Collection outside Boston. He had been on the promotional trail with fellow Cullen Ashley Greene right by his side, but it looks like he was the only Twilight star out for this particular event. Instead, Kellan brought a little bit of Ashley to the crowd by attaching her photo to a Popsicle stick. He attended the meet and greet with around 500 fans from the area, and Kellan earned himself some love from the New Englanders by admitting he's a Patriots fan. 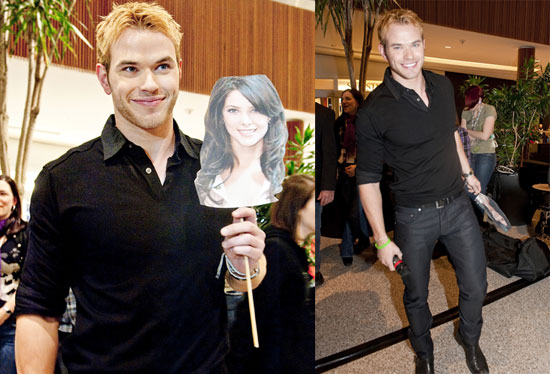 Movies
After We Collided: Why Tessa and Hardin Aren't Actually Good For Each Other
by Monica Sisavat 16 hours ago

Movies
HBO Max's The Witches Is More Like the Book Than the Classic '90s Film, but With a Twist
by Mekishana Pierre 16 hours ago