Kirsten Dunst transformed herself on the cover of V Magazine's upcoming issue. After a short break from acting, Kirsten will return to the spotlight next month in All Good Things with Ryan Gosling. She opens up to the magazine about her time away from Hollywood and her strong relationships with the Mulleavy sisters, the creative force behind the fashion house of Rodarte. She also shares about her relationship with influential Japanese artist Takashi Murakami and their collaboration on a small art film last year. Here's more: 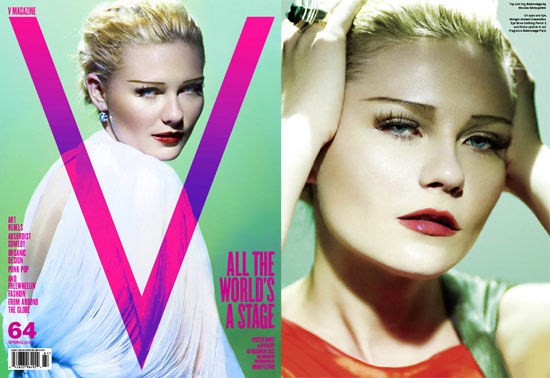 Celebrity Style
Looking Back at the Bring It On Red Carpet 20 Years Later — Yes, Toe Rings Are Involved
by Sarah Wasilak 26/8/20

Movies
Bring It On: Put Your Spirit Fingers Up For These 12 Fun Facts
by Hedy Phillips 26/5/20
Latest Celebrity
×