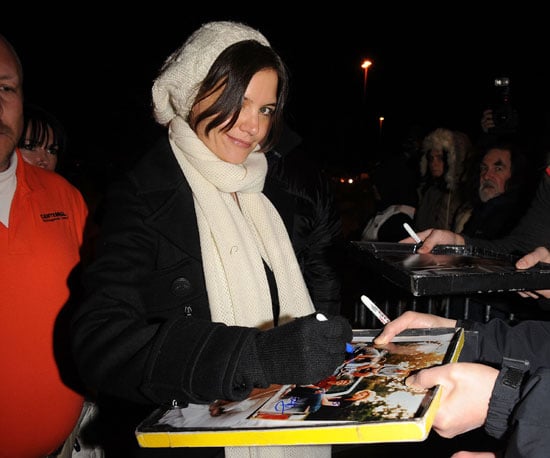 We may already be half way through the 2010 Sundance Film Festival, but the celebrities are still flocking to Park City, Utah to promote their movies. Katie Holmes rolled in for the premiere of her film The Extra Man, as Ryan Gosling wrapped his panel discussion for Blue Valentine. Naomi Watts arrived at the premiere of Mother and Child solo, but Diego Luna had his wife to keep him company on the red carpet for his film Abel. Click through for a look at the latest from Sundance!