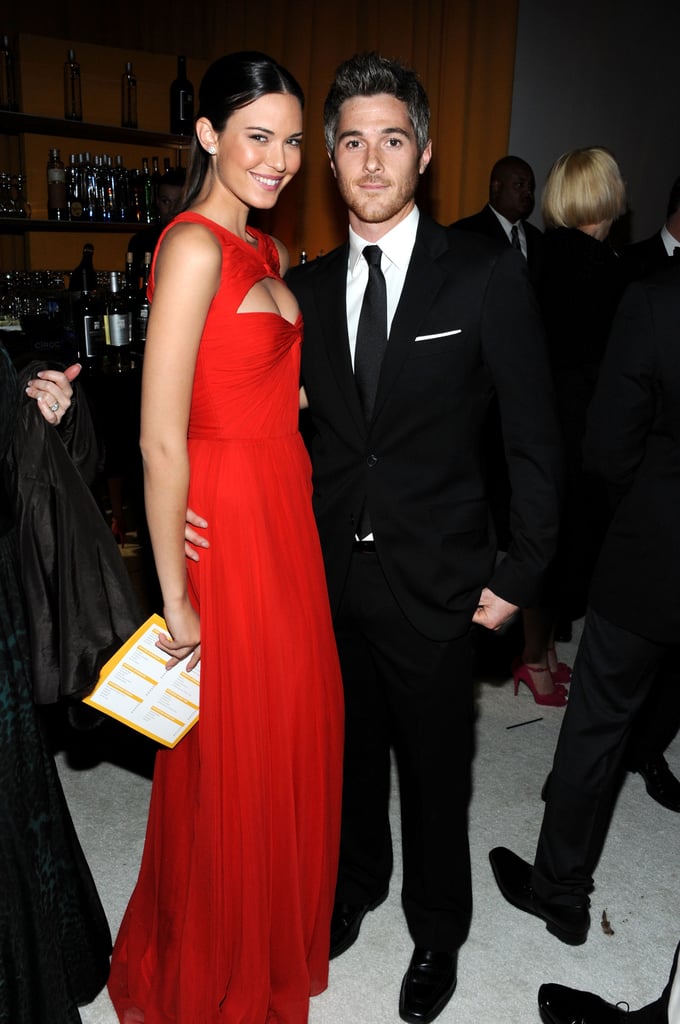 The stars first posed on the cream carpet at Elton John's Oscars bash, then headed inside the Pacific Design Center to watch the show from afar, sit down to dinner, and watch a performance from Elton and Florence and the Machine. Nicole Richie evidently skipped the solid foods as she'd just started a juice cleanse, but Heidi Klum, Seal, Kelly Osbourne and Kim Kardashian indulged in the meal and Godiva chocolates. Chace Crawford stuck close to his new pal (and Twelve co-star) Emma Roberts, while Rashida Jones, Mamie Gummer and Claire Danes enjoyed some girls-only time. Emma reportedly seemed pretty into the Gossip Girl guy as they chatted. Vanessa Hudgens showed some leg in her mini next to Ashley Tisdale, with both girls rocking some of the evening's best fashions. Elton's event was one of the night's biggest celebrity draws, but the Vanity Fair bash was another, and Elton even left his own party to head over to say hi to the magazine's editor Graydon Carter.

Award Season
Kerry Washington, Tracee Ellis Ross, and More Are Donating Their Emmys Looks For a Good Cause
by Sarah Wasilak 4 weeks ago
Latest Celebrity
×