Two of the ladies of Nine, Penelope Cruz and Marion Cotillard, were joined by costar Daniel Day-Lewis and director Rob Marshall in Paris over the weekend for the French premiere of the film. The film opens there in early March, though it debuted in the US last December just in time to make the 2010 Oscar nominations—a plan which obviously turned out well for Penelope, who's up for an award in the Best Supporting Actress category. Penelope took advantage of her time in France to do a few TV interviews, after spending time in Spain to attend the Goyas with Javier Bardem. 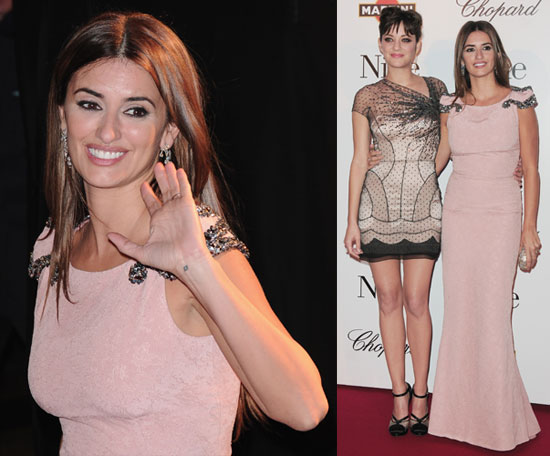