Looks like there's another familiar Twilight face at the newsstand — Ashley Greene struck a sexy pose for the cover of December's Maxim. She participated in another scantily-clad photo shoot recently for Men's Fitness, as she tries to move beyond her innocent image. Ashley chatted with the magazine about New Moon, her career ambitions, and her super famous dog Marlo. Here's more: 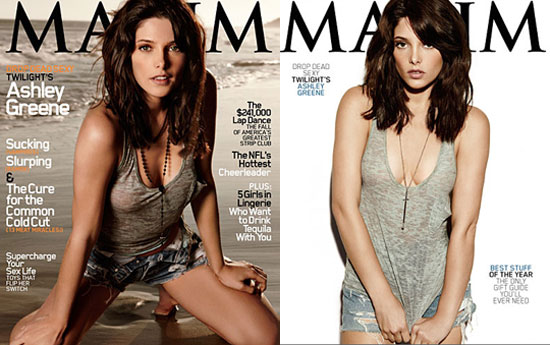