Jennifer Garner is on the cover of the US' Parade magazine, ahead of the release of Valentine's Day in just a few weeks. Jen talked about her work in the ensemble film, but she also shared some details about her family life, keeping the spark alive with Ben and getting professional help during her divorce from Scott Foley. Here's more: 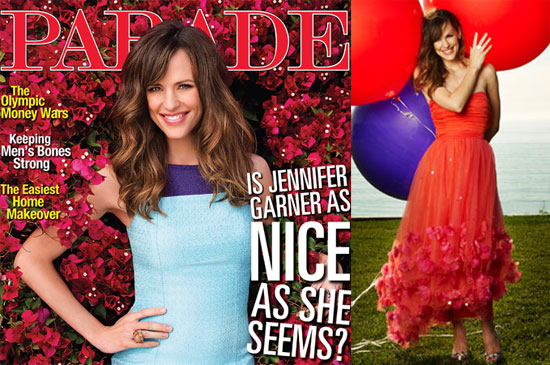 TV
Jennifer Garner Totally Geeked Out Over the Schitt's Creek Cast, and Who Can Blame Her?
by Karenna Meredith 24/8/20

Kitchens
Jennifer Garner's Kitchen Is a Total Dream, and Yes, You Need to See It
by Mina Shaghaghi 19/7/20

Archie Mountbatten-Windsor
Meghan Markle Was Shamed Over a Video of Archie, but Jennifer Garner Will Have None of That, Thanks
by Alessia Santoro 11/5/20

Good Vibes
Calling the Class of 2020! Mark Your Calendars For This Star-Studded Graduation Ceremony
by Kelsey Garcia 29/4/20

Celebrity Babies
Jennifer Garner and Ben Affleck Coparent 3 Kids — What We Know About Violet, Samuel, and Seraphina
by Alessia Santoro 20/2/20