Mo'Nique completed her successful award season run with yet another win at today's Oscars. She was brimming with happiness as she stepped back into the press room, where she kept the crowd cracking up the whole time. Along with talking about her dress and role, and relaying the sweet story of her husband saying "you first" to chase her dreams, she joked about being a comedian at heart and not playing the Hollywood game. Here's some highlights: 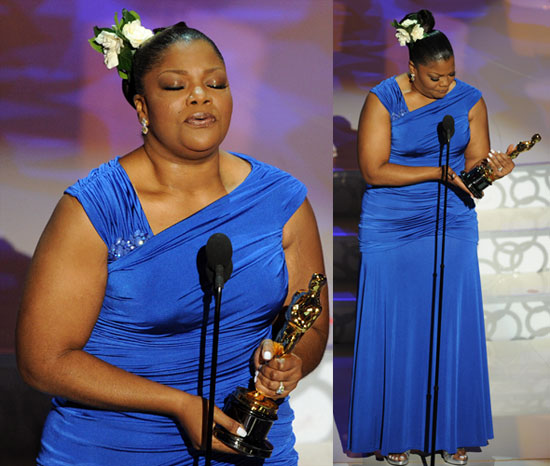