Zoe Saldana was all smiles for the upcoming April cover of US magazine Nylon. We're used to seeing her in an array of gorgeous gowns during award season, but the Avatar star got casual and colourful for the accompanying shoot. We'll get lots more of Zoe this year with The Losers and Takers hitting the big screen and, in the interview, she got a little reflective about her newfound power in Hollywood and what it was like first meeting James Cameron. Zoe said: 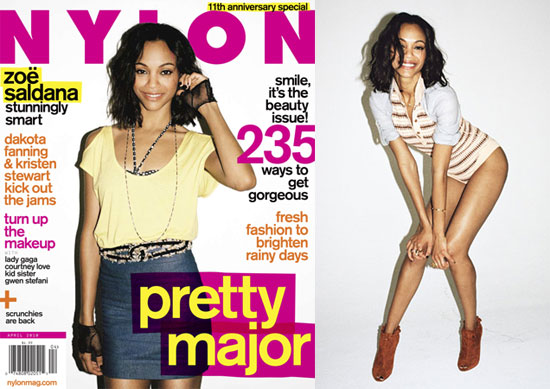 Good Vibes
OK, You Have to See These Kickass Celebrities Do the Boss B*tch Fight Challenge
by Brea Cubit 04/5/20
Latest Celebrity
×