Taylor Lautner was in the front row over the weekend to watch as the Lakers took on the Spurs in LA. He was surrounded by the wives of the opposing teams' players like Eva Longoria and Khloe Kardashian, who seemed especially close despite their husbands battling it out on the court. Taylor, though, appeared to only have eyes for the cheerleaders seated directly in front of him. He's coming off a few big wins at the recent Kids' Choice Awards for his work in New Moon, and we've just passed the two-month mark before Eclipse comes out on July 1—make sure to check out our behind-the-scenes photos! He's also figuring out his next, non-Twilight roles, including the upcoming film Abduction from director John Singleton. 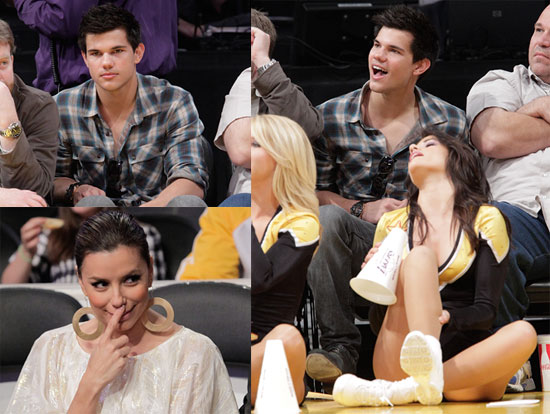 TV
KUWTK Is Coming to an End, So What Does That Mean For Future Spinoffs?
by Monica Sisavat 11/9/20